Microsoft has announced the release of Windows 10 Insider Preview build 10532 to Fast ring. Compared to the previous Fast ring insider build, version 10525, this seems to be a minor update.

Windows 10 has been installed on 75 million PCs (laptops, desktops, tablets, 2-in-1) so far. The news was broken by Yusuf Mehdi, Corporate Vice President of Windows and Devices Group at Microsoft, on Twitter. What is even staggering is that it took only 27 days for Windows 10 to reach this number as it was launched on 29th July.

VMware updates Fusion and Workstation, two of its most popular virtualisation products, to version 8 and 12 respectively. The update brings support for Windows 10, OS X 10.11 El Capitan, improved graphics and processing performance, battery efficiency and retina display optimisations amongst many others.

Microsoft has released Windows 10 Build 10525 to the Insider Preview fast ring. The new build has a color option to change the title bars, start, action center and the taskbar while a new Compression Storage for better memory management has been introduced for more responsiveness, similar to Mac OS X’s ‘Compressed Memory’ feature.

First Post-RTM Windows 10 Insider Preview build 10525 has been released to fast ring members today. Microsoft has announced the release on the Windows Blog along with the main features in this release which include updated color options for the user interface and memory manager improvements.

Microsoft has started the roll out of the first major Windows 10 update, labelled Cumulative Update KB3081424 to end users. The update is a huge one and weighs in at 325MB and updates hundreds of files in the operating system which likely include bug fixes and changes.

Windows 10 has finally gotten an official launch date by Microsoft which is July 29th, 2015. The release will be for PCs and tablets, while the Windows 10 Mobile release date is yet to be announced. 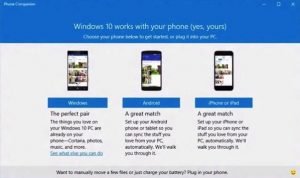 Microsoft has announced the release of Cortana, their personal assistant solution for iPhone and Android. Cortana started off on Windows Phone and has been built into Windows 10 and Edge (browser) and as expected, would now be rolling out on the mobile platforms belonging to Microsoft’s competitors. The announcement was a part of the Phone… 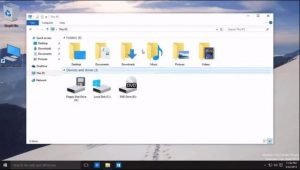 Windows 10 has been showing rapid progress with new user interface changes and polishing in every new build. Most of the new updates are already shown in leaked builds before they can even make their way to Windows 10 Insider Previews. This has become a tradition kept intact by the latest leaked Windows 10 build…