iPad has definitely changed the way we get things things done. Today, it changed yet another – a way to get an autograph from the President of America, Barack Obama. At a rally in Seattle, when Barack Obama was signing autographs for the crowd, Sylvester Cann was also there, wearing a Barack Obama tee shirt and holding his iPad. While the others were looking excited as evident in the picture and jumping to shake hands with the President and get an autograph from him , Sylvester Cann was standing cool , and pointing on his iPad where he had written “Mr. President, sign my iPad”. 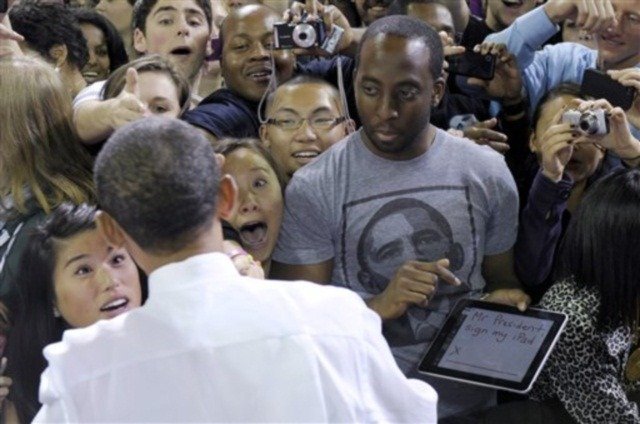 He used Adobe Ideas app to request and take an autograph from the President. Although the sentence didn’t have the word “please” in it, probably because of less space available, this was still a great idea to ask for an autograph on the iPad. He eventually got an autograph from Obama as you can see in the screenshot and video below:

At a rally in Seattle, WA at the University of Washington, the President used the touchscreen on my iPad to give me his autograph. Secret service was leery about the idea, but they warmed up to the idea and the President thought it was cool.

He looked slightly surprised, but proceeded to use his finger to scribble on the iPad using the Adobe Ideas app.

I have a video of the event as well. This HAS to be the first time an iPad has received a Presidential autograph.

To share this experience with every one, Sylvester Cann decided to make a site for this which is “I figured, why not ask?” 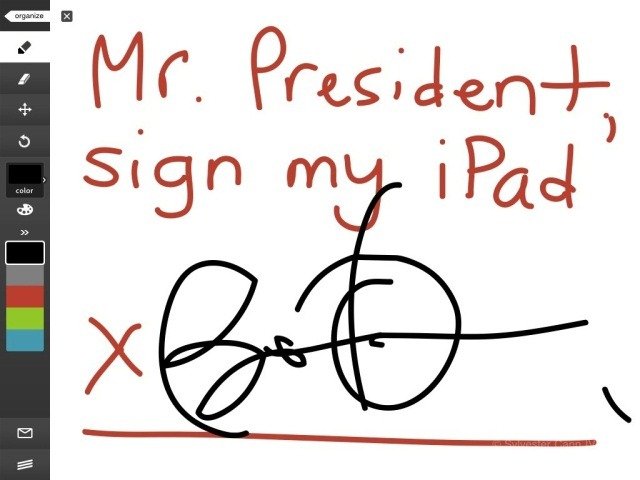 Looks like Sylvester has started something new as he is the first one to take an autograph like this and now many people will surely follow him.