A study by Appfigures reveals that around 10,000 apps have already implemented the new App Tracking Transparency (ATT) feature. And out of the total, 20 percent are gaming apps.

Apple finally released the much anticipated ATT privacy in iOS 14.5 update. For the first time, the new feature gives iPhone users the control to either allow or deny developers access to track their online activity across third-party apps and websites. Although the Cupertino tech giant is preventing invasive tracking to protect user privacy and security, the mobile digital advertisers are upset that it would drastically impact their ad revenue for most users will not opt-in for tracking. And the report confirms that only 50% of users will opt-in.

Within a week of release, 10K apps are showing new ATT prompt to seek permission to show targeted ads

At WWDC 2020 in June, Apple announced new privacy features, including the App Tracking Transparency, coming in the new iOS 14 update but in September that year, the iOS 14  was released without the ATT feature to give developers time to adapt to the new tracking changes on the iOS platform.

I’m not surprised to see apps turning this on right away instead of stopping to track. Companies like McDonald’s and Spotify and data mungers like Facebook and TikTok have a big enough following that they have to. 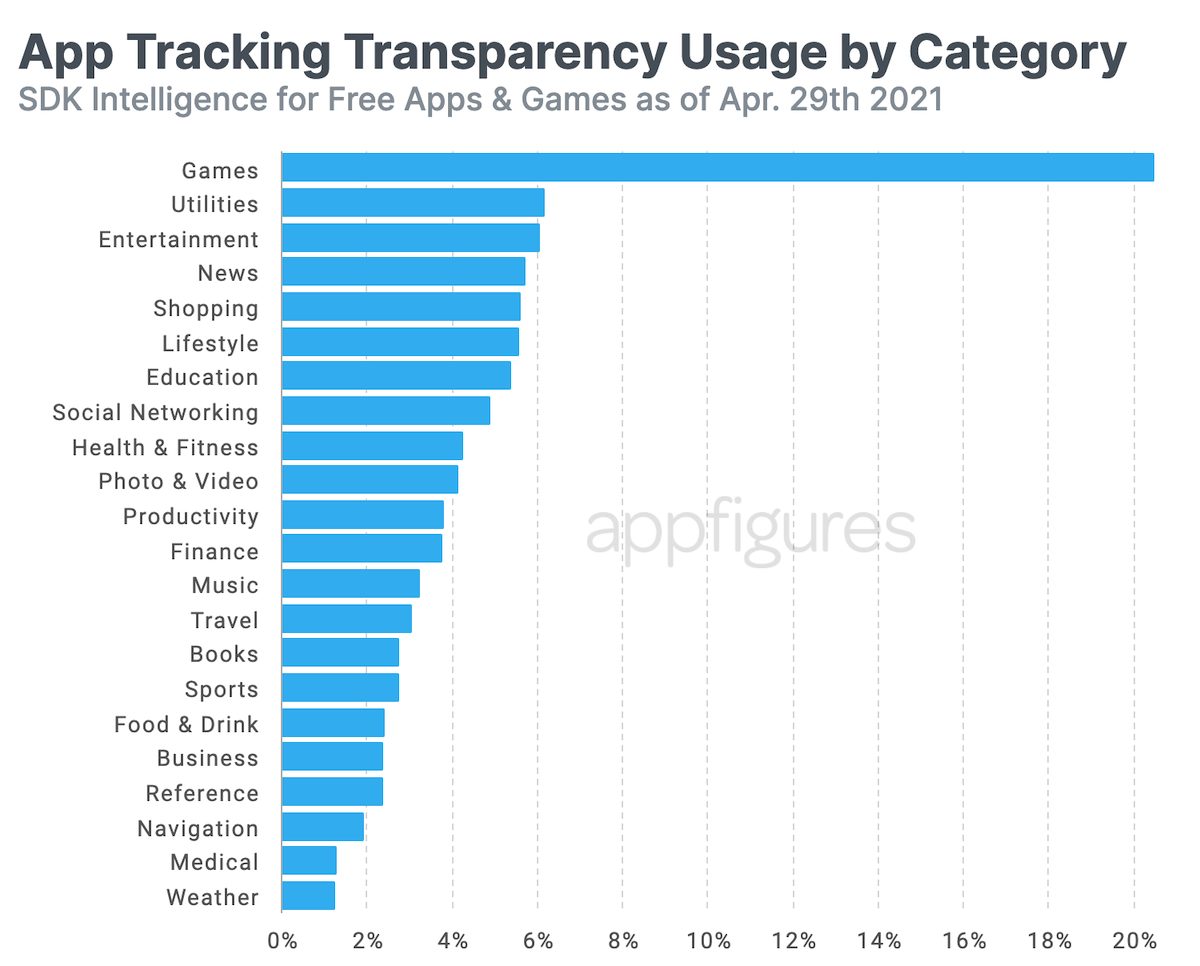 But after 10 months of delay, most apps are still not prepared and up to 10,000 apps are showing ATT prompt. With the expectation of seeing an increase in numbers in the coming week, to its dismay, AppFigures found that the companies have not put enough effort to persuade users to allow them permission to track their online activity.

Asking isn’t the hard part, though. The real challenge is to get people to actually say yes. I then looked at just how these companies are explaining the need to track to their users. Apple lets you customize the prompt a tiny bit, and you can also have a pre-prompt, so I was hoping to see the kind of language Don Draper would write. 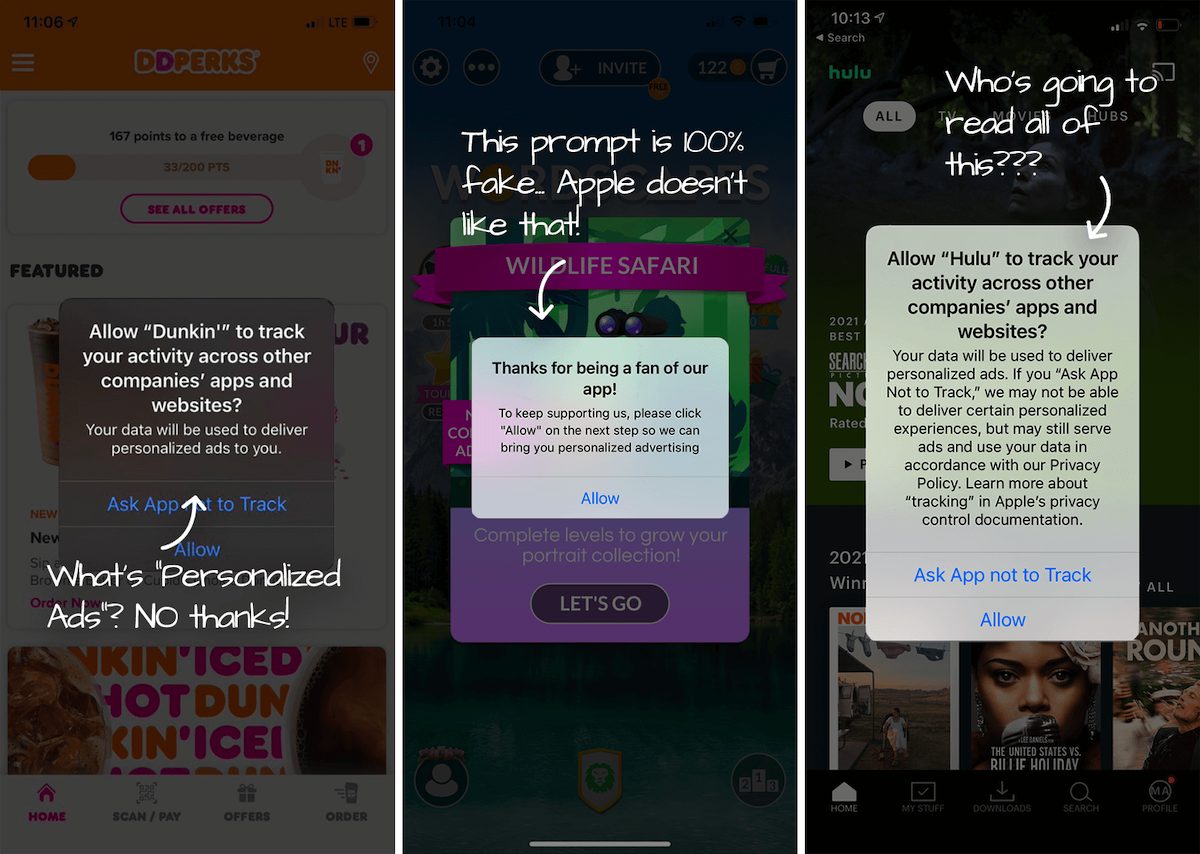 According to a survey by AppFigures, over 50 percent of users did not allow tracking. Therefore, it is important for companies to use the prompt’s customization option properly because “half is a big number. Losing half of inputs would break most models, regardless of how good they are.”