As for the 14-inch model, it is not dramatically different from its 13-inch predecessor in terms of size. The thickness of both machines is also the same. The latest models feature a redesign with flatter edges.

The 16-inch MacBook Pro compared to the old Intel-based model looks slightly bigger, as seen in a YouTube video uploaded by SANG SÁNG SUỐT. In the video, all the new ports can be seen: HDMI slot, headphone jack, three Thunderbolt ports, and an SD port.

The differences between the new and old models are stark, especially the new mini-LED display. While it may be difficult for users to make out the advantages of the updated screen tech, the massive reduction of the top and side bezels is very apparent. In addition, the new model sports a notch at the top of the screen and lacks the “MacBook Pro” text from below the screen. 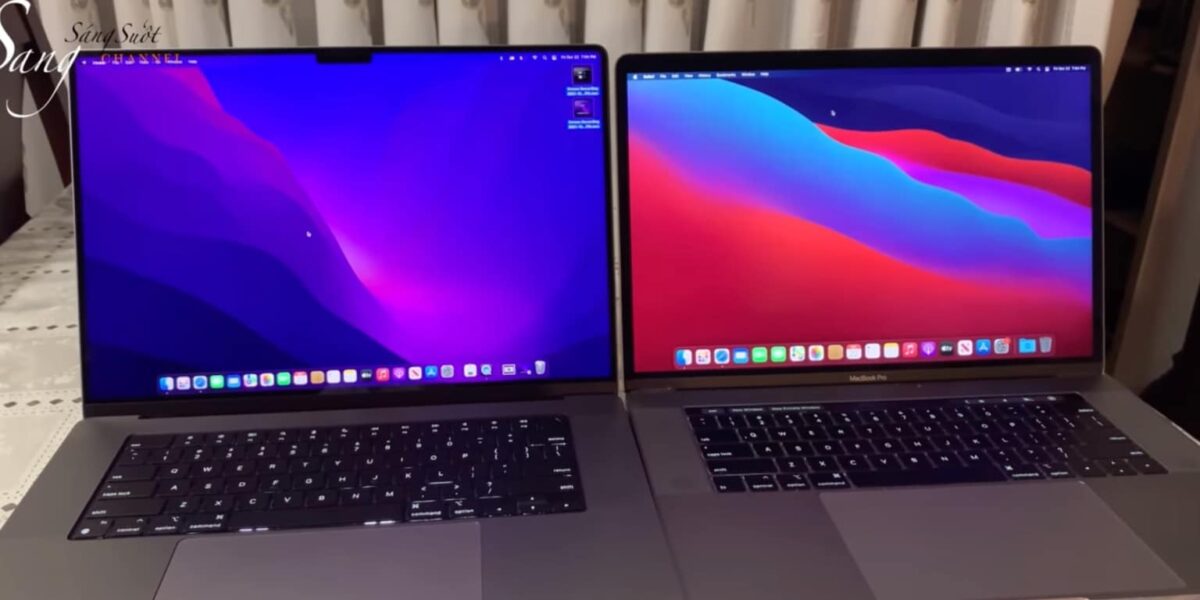 Another significant change is in the keyboard, which now features an all-black design with no metal between the keys. As rumored, the Touch Bar is also gone. It has been replaced with more useful function keys.