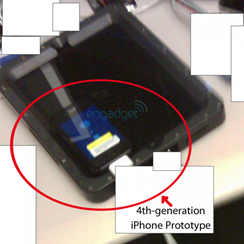 Seriously, when did this happen? Wait, don’t answer that. No one cared about it, why? Simply because of all the iPad fuss. Engadget got a leaked photo of the iPad just before it was announced. It appears that the iPhone in the photo is a prototype of one of the handsets due to be released in the June/July period.

Cosmetically, the iPhone in the photo appears without its iconic aluminum bezel. Instead, the device is surrounded by a black plastic of aluminum material. Either that, or the handset is wrapped 80 percent of the way in a rubberized protective holder like the iPad prototype it rests on top of, though the quality of the image leaves this assertion to considerable debate.

Now look at the small dot on the left of the speaker on top of the phone, it suggests it could be either a LED light, or even a camera lens, or just nothing. But due to recent features of iPhone OS 3.2, we believe it’s a camera lens, because one of the features was video calling over 3G. 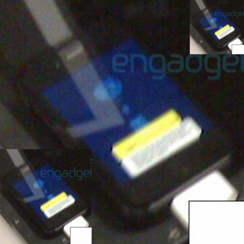