Apple’s newly launched AirTag is the smallest tracker available in the market. But YouTuber Andrew Ngai found that the 8.0mm thickness of the tracker made it bulge in this wallet. So, he took the AirTag apart by removing the internal from its circular structure and designed his own exterior to fit in his wallet like a card. 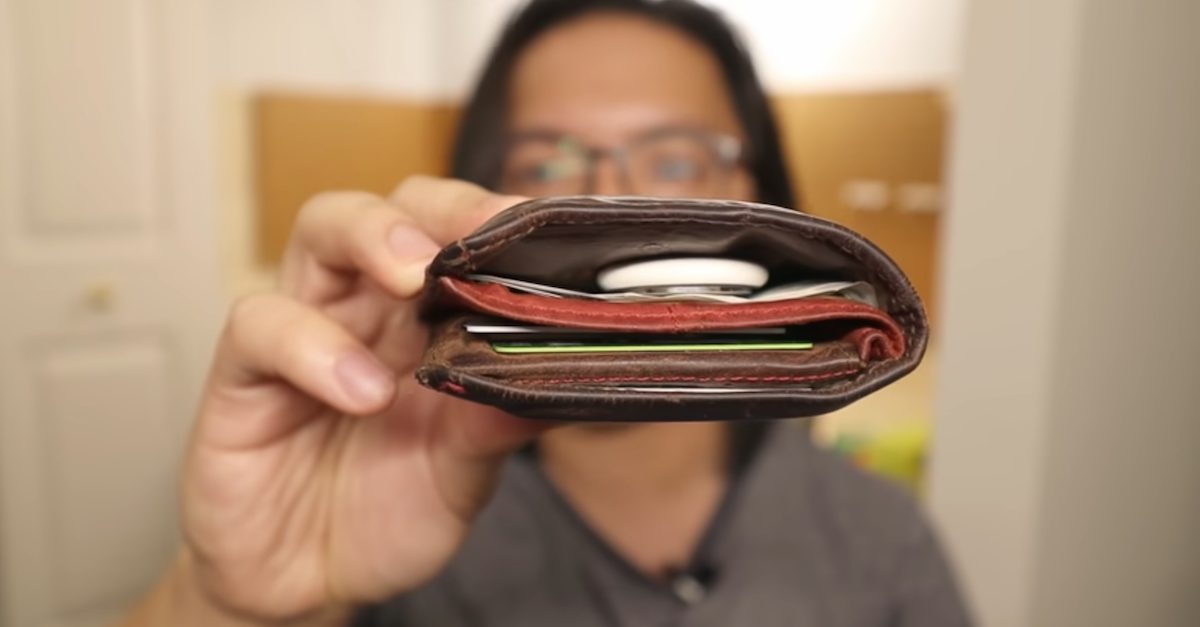 Here is how YouTuber turned AirTag button into a card

The stack-up design of the board on battery made the tracker bulkier, so, Ngai redesigned the board and the battery in a linear layout to make it thinner. He started by removing the back and battery. Then with the help of heat and a little force, he separated the board from the plastic holder. 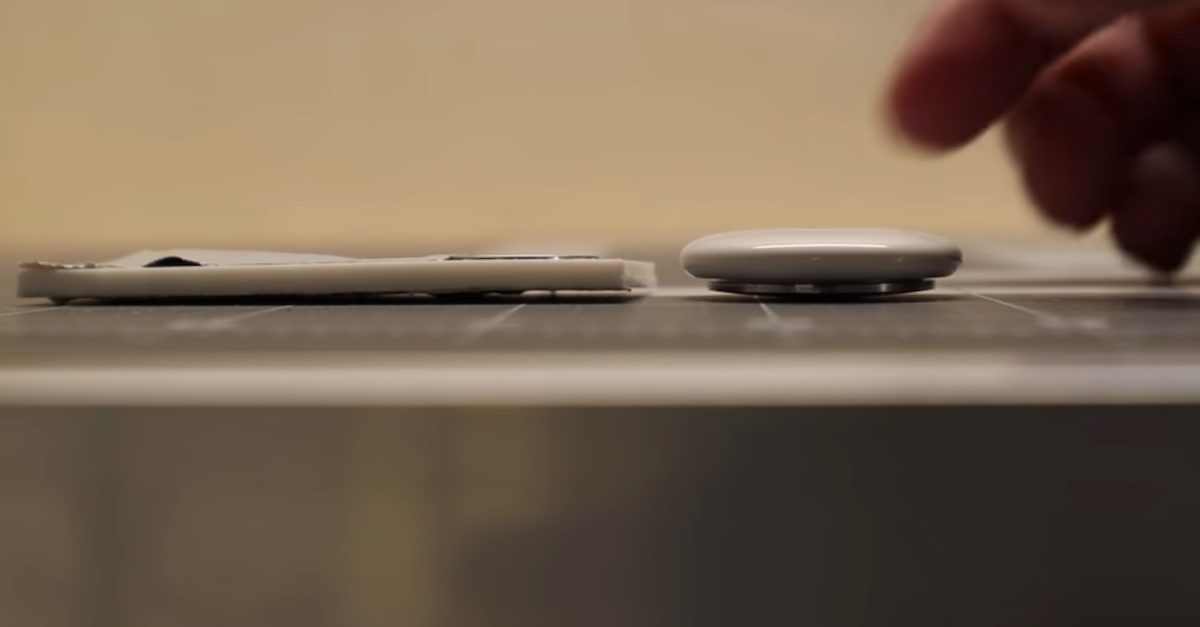 Ngai yielded additional wires to connect the battery with the board and printed a 3D card to hold the redesigned AirTag in a horizontal layout. All is well that ends well, the experiment was a success. He turned an 8.0 mm button into a 3.8mm card. And the paired iPhone was not only able to detect the tracker but also was able to locate its precise location. Having said that, Ngai did not recommend this experiment to anyone who does not have experience with electronic tools and the assembling procedure. 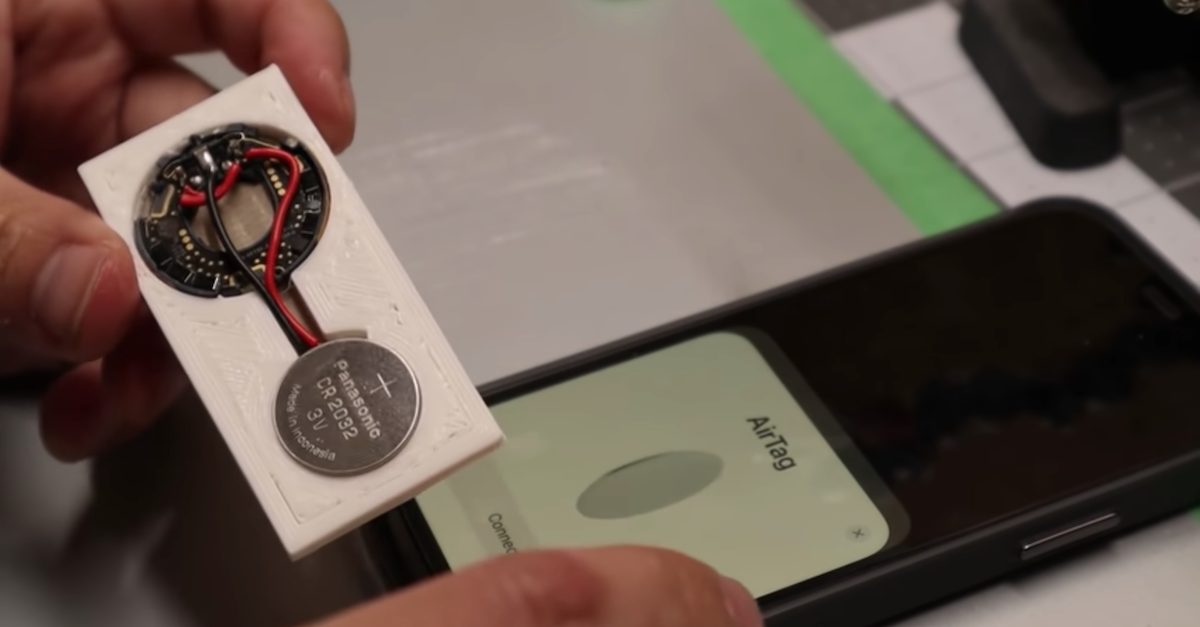 Now, one might wonder why didn’t Apple make the tracker thinner which does not bulge in the wallet. That is because of the built-in speaker to play sounds to locate AirTag. And since the tracker is designed by Apple is not just any speaker, it is a magnetic speaker to produce quality sound. And that is why Ngai’s redesigned tracker did not play a sound.

The tracker’s teardown by iFixit revealed that Apple has designed the body as a speaker driver.

The dinky piezoelectric speakers in the Mate and SmartTag made just as much, if not more, noise in our testing, so pure volume isn’t the answer. Looks like one corner Apple refused to cut on this tiny disk is sound quality. Piezo speakers are tiny and cheap, and sound like it—we’re talking McDonald’s happy meal speakers here. Knowing Apple, and knowing how seriously they take their noisemakers, sound quality can never be compromised, not even here.