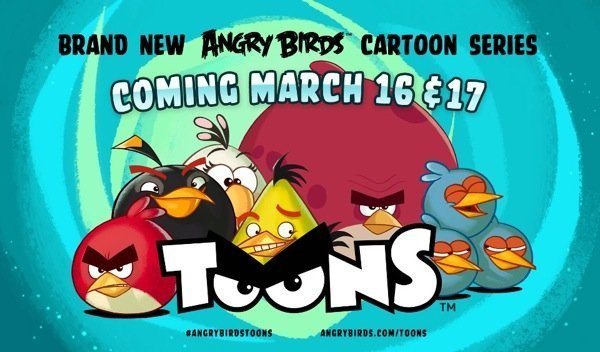 What makes Bomb Bird so angry? Why is the King Pig the King Pig? And are those mischievous piggies ever going to get hold of the eggs?

Rovio hasn’t mentioned much as to whether the series would show on TV as well but all we know is that the cartoon will take place in a Piggy Island and feature the adventures of all the birds and pigs from the game. Our best guess is that it would have something to do with the pigs trying to steal the eggs.

Mark the date on you calendars. Angry Birds Toons will premiere on March 16 and 17.