Just when the iPad has launched and over 30,000 people are using it, HP Slate comes back in the sight for 30 second to remind us that there is another Tablet PC ready to launch. But surely HP Slate would have to offer a lot more to be better than the iPad to provide any sort of competition. 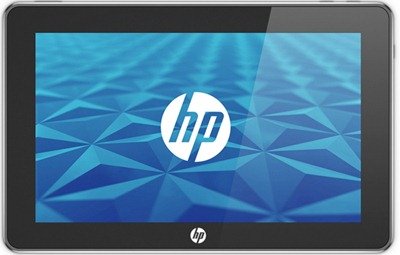 The 30 seconds teaser does not reveal many things about HP Slate, nothing about the price or availability. What it does show is video capabilities and memory card expansion. Interesting aspect about these two things is that they are not in the iPad and maybe this video was revealed to show that the HP Slate has much more functionality than the iPad. The interface in the video is also different, not like Windows 7, but similar to something you would find on a netbook.

Video conferencing is also shown in the video which again cannot be done on the iPad. Apart from SD card and camera, a USB cable was shown which was similar to the devices of Apple. Joanna Stern from Engadget said some interesting words about that.

Interestingly, the USB cable shown looks like it’s from Apple, and it’s being plugged into a Slate running iTunes, presumably to demonstrate that it can sync with iPod and iPhones. But now we’re obviously just wondering what would happen if you synced an iPad with the Slate — explosion? Confusion? Confusion explosion? We’ll find out soon enough.

Well this short clip surely reminded us that HP slate will be launched sooner but still no date has been mentioned. According to previous rumors it may launch in June and its price would be around $550.