Apple says “Thank you. Ten billion times.” Yes! Its a pretty huge landmark in the history of iTunes as App Store has just hit 10 billion downloads. It won’t be too long when the total number of Apps downloaded on iPhones, iPod touches and iPads around the globe hit the 20, 30 or 50 billion mark while Android marketplace waits next in line to announce a certain respectable download figure. Apple had actually set up an online counter few days back counting down to this great milestone and today it officially reaches that mark! 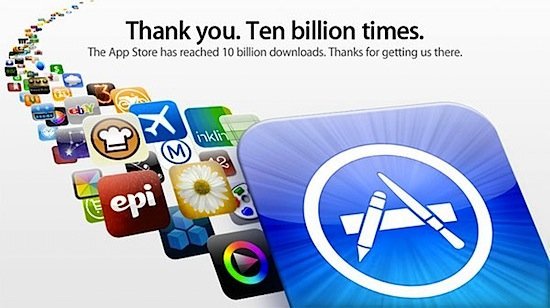 So, 10,00,000,00 downloads for Apple’s App Store..and counting! Shows how much everyone loves the iOS. Any ideas how much have you contributed to that big number? Share it with everyone in the comments section below!