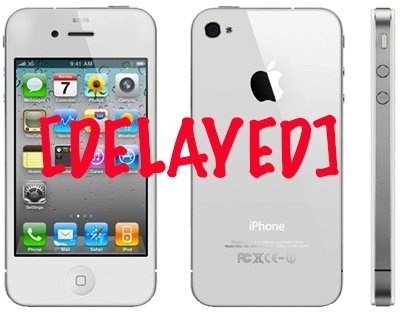 According to the latest Reuters report, Apple has delayed the White iPhone 4 launch yet again and this time till the spring of 2011. At the launch of iPhone 4 back in June 2010, the white model was delayed initially for a month i.e till July which was then further moved to be released by the end of 2010. Now, its the third time it launch has been rescheduled by Apple with the same reason of it being ” a lot more challenging to manufacture than we originally expected”.

Well, only God knows the real reason behind this terrible commitment from Apple regarding the White version of iPhone 4, though there have been rumored explanations ranging from color-matching problems to an issue with the device’s backlight. Weird huh? Share your thoughts with us in the comments section below.