The newest Mac Hack on the block comes in the form of a Battery Firmware Vulnerability. With MacDefender in the past, we Mac Users now have what I think is a more severe hack, which could cause your battery to explode! 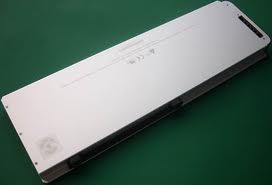 The vulnerability was found by Security Researcher Charlie Miller, who found the hack by reverse engineering one of Apple’s Battery Firmware Updates from 2009. He found the Apple uses a default password for their batteries. With this password, A hacker can take over your battery controller and cause the battery to overcharge, overheat, and possibly explode.

However, to get to this Battery hole, the hacker would first have to get past all of OSX’s other security measures. Meaning that the hacker would already need to have access to your machine. Miller has reported the problem to Apple and TI (manufacturer of the controller), so we may see a “Battery Update” soon from Big Brother. If not, Miller is developing his own problem named “Caulkgun”, which will randomize your battery’s password.