We have been hearing rumors about a touchscreen iMac since some time and now these rumors look possible as Apple showed their intentions to work on an iMac with touchscreen interface in one of their patents. Still, a patent does not confirm that Apple will launch a touchscreen desktop in the coming future. Digitimes reported that Sintek Photronics has sent samples of projected capacitive touch panels to Apple which could be used in future iMac desktop computers. 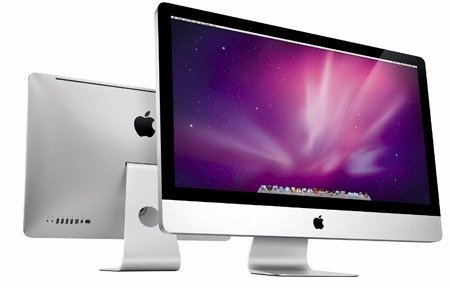 The report mentioned that the current capacity of production of the company’s touchscreen panel is for 20inch and the technology is quit complex, so making larger displays of these kinds will not be an easy job for the company. Sintek has good chances of becoming a supplier of these touch screen panels because they are equipped with 5.3G generation production lines.

These kind of touch panels are produced by placing touch sensors over the panel which is then covered with glass. This method is not only costly but it also effects the brightness of the screen that’s why we think that if they are making these screen for Apple then they would not compromise with the quality of the screen. The report also mentions that the new iMac will have good viewing angles and its projected capacitive touch panel will have a one-glass solution, which integrates the touch sensor and cover glass, to reduce thickness and weight.

We don’t have any news on how large these screens would be as the current iMac models are available in 21 and 27 inch size. Apart from different hardware, these iMac will also have a different OS from the current Mac OS, so if Apple has any intentions to launch these touchscreen iMacs then they may give us some hints in the coming future.