Apple has pushed yet another update to iTunes which can be downloaded either via Apple Software Update or directly through here for Mac OS and Windows. The latest version is iTunes 10.2.2 which includes a bunch of major bug fixes including issues with iPhone, iPod and iPad photo syncing. Certain stability and performance enhancements have also been added. The iPhone Dev-Team member @MuscleNerd has already confirmed it to be a safe update for all jailbreakers. 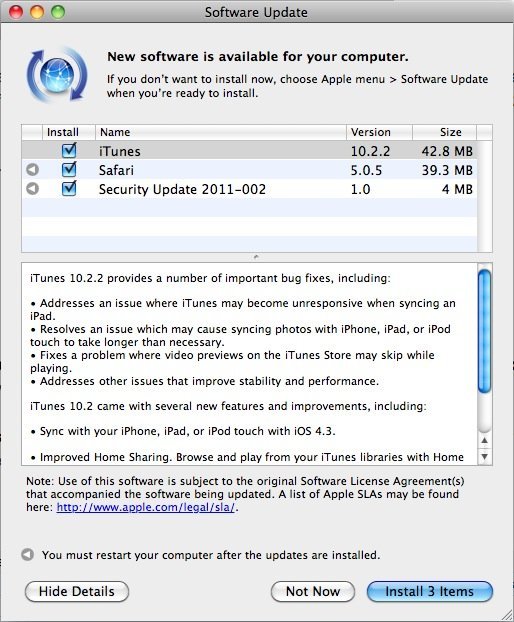 • Addresses an issue where iTunes may become unresponsive when syncing an iPad.

• Resolves an issue which may cause syncing photos with iPhone, iPad, or iPod touch to take longer than necessary.

• Fixes a problem where video previews on the iTunes Store may skip while playing.

• Addresses other issues that improve stability and performance.

iTunes 10.2 came with several new features and improvements, including:

• Improved Home Sharing. Browse and play from your iTunes libraries with Home Sharing on any iPhone, iPad, or iPod touch with iOS 4.3.