Apple has released three new ads targeted towards non-iPhone users, as part of its ‘Why Switch’ campaign. The ads focus on security, performance and the ease of migrating contacts from Android to iOS. Apple has also created a landing page for the campaign available here, which lists all the benefits of switching to iPhone. 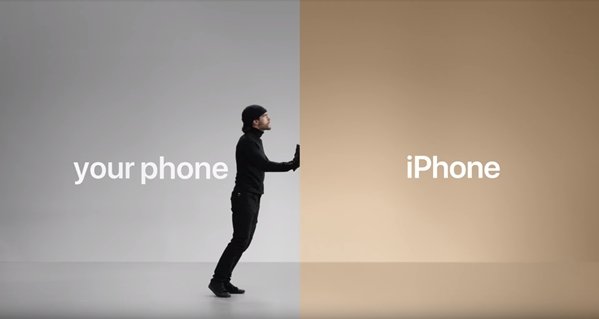 The ads follow the campaign’s style with two-toned backgrounds. The gray on the left represents Android while the right half of the screen (with different colors in each ad) is iPhone. Previously released ads in this series were about privacy, performance, photos and music.

Security: this ad shows a thief breaking into a phone while demonstrating the security benefits of iPhone.

Smooth: This ad shows the user glitching due to performance issues but when they move to the iPhone side, everything is buttery smooth.

Longtime Apple followers would remember the Mac vs PC ‘Get a Mac’ campaign which was focused on getting users to switch platforms. The campaign focused on the benefits of the Mac hardware and software, while highlighting the issues that are common with Windows PCs. ‘Get a Mac’ campaign was a huge success and helped Apple increase Mac sales by 39% in 2005-2006. The campaign became a part of popular culture and Microsoft responded a few years later by their own lackluster I’m a PC campaign. As it turned out, even the I’m a PC campaign creatives were made on Macs, something Microsoft was quick to hide once discovered.

With the new iPhone ads, Apple is delivering its message to Android users to switch to iPhone. Instead of representing iPhone and Android with people, Apple has used each half of the screen to represent the devices.

It will be interesting to see how much impact do these ads have on converting Android users to iPhone users. I have personally seen a lot of users shift to iPhone 7 Plus from Android recently. During this stage of an iPhone’s life cycle, it’s difficult to get users to switch because everybody starts waiting for the next iPhone.