A new Apple Patent published Thursday, April 2, has revealed technology that can solve the problem of using your iPhone or iPad while lying down.

This specific patent application, US Patent No. 20200104033,  was filed in September 2018 and published with the title ‘USING FACE DETECTION TO UPDATE USER INTERFACE ORIENTATION’. Its abstract states:

It notes that portrait or landscape modes of mobile devices are currently determined by using accelerometers and other sensors which determine the position of the device with respect to gravity. However, these sensors do not always work perfectly and often force users to move the device in order to get proper orientation. It is an annoying problem faced by millions of users daily. “In either of these situations, the user may become frustrated with the need to reorient the device and/or move the device to get content to display in the proper orientation,” the patent says. Note that Apple files several patent applications and not all of them see the light of the day. 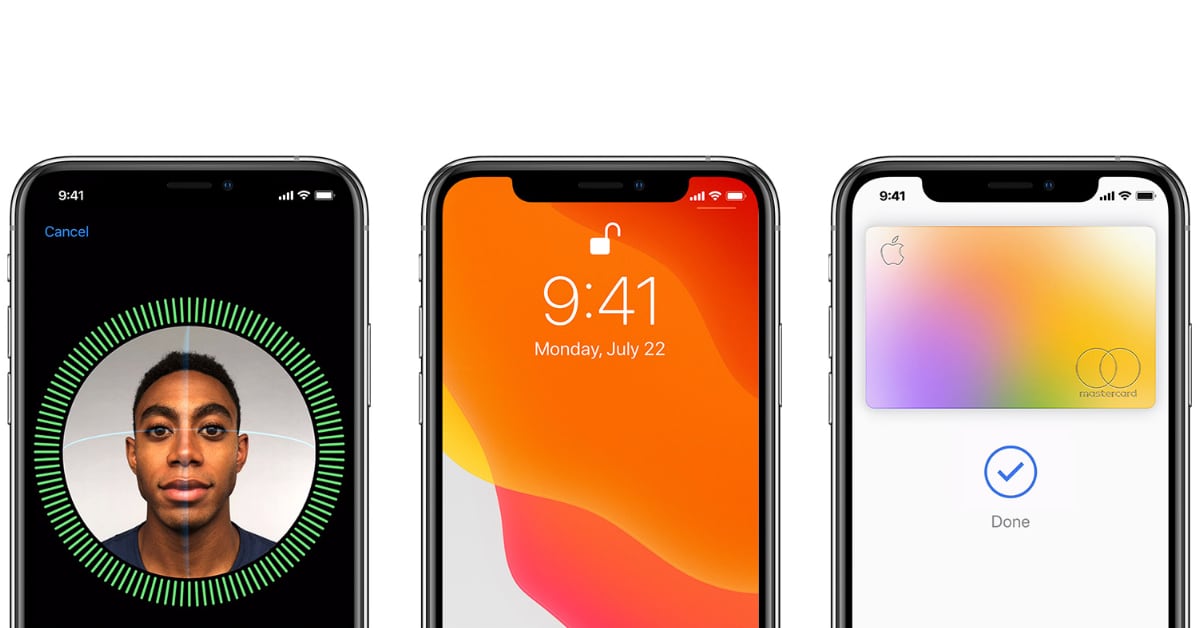 The patent explains how the position of the user’s face would be detected, which will automatically switch the iPhone or iPad into portrait or landscape orientation. This use of Face ID could generally reduce the need to enable Portrait Orientation Lock in devices. It will come in handy when you are using the phone whilst sleeping or on flat surfaces.

This new feature would not require a full Face ID scan, but rather male use of existing technology. It is suggested in the patent that this feature could go further than orientation, changing the displayed information as well.

In the past, Samsung offered a feature which used face scanning to adjust screen orientation. It was debuted in Galaxy S4 and used the front camera to adjust the screen according to where the user was looking. This Smart Rotation feature was ahead of its time in many ways, but it failed to work when the face was too close to the screen. On the other hand, Apple uses an array of different sensors for Face ID detection, which makes their devices perfectly capable of implementing this feature in the future.