Apple weren’t wrong when they first announced that there’s an app for just about everything on the iPhone. As it turns out, having a jailbroken iPhone just strengthens this statement tremendously. We keep seeing amazing new Cydia tweaks pop up every other day which just make your iPhone even more useful. Carnitine is yet another example of how jailbreaking can increase the usefulness of your iDevice.

Most of us run into situations where we launch an app and realize that we need WiFi for this one. For example, in my case, I never use YouTube on 3G thanks to the expensive data package by my cellular service provider. Carnitine comes handy in such a situation. It automatically turns on WiFi, when you access certain apps on your iPhone. 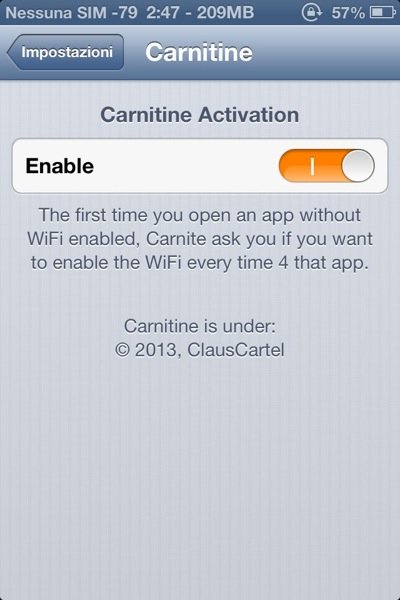 How it works is that it asks you on the first launch of the app if it should enable WiFi every time you open it. If you allow it, it wouldn’t bug you again but automatically enable WiFi, which you would have had to do so from the Settings app otherwise. Not only would this save you from extra data costs, it’ll save you from a few extra taps. The best thing about Carnitine? It’s free. 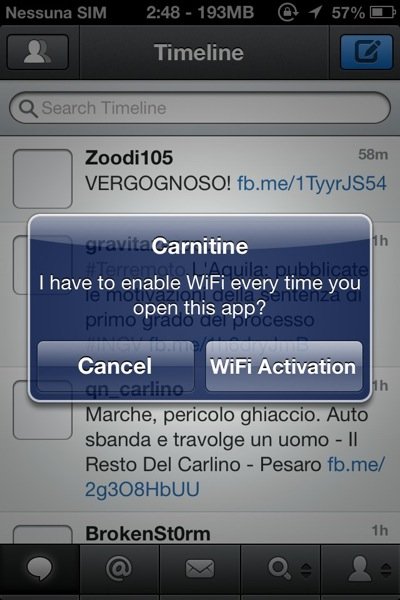 One issue with the app and we hope the developer takes this into consideration in the next release is that WiFI doesn’t turn off automatically after you’re done using the app. This can potentially impact your battery life if you don’t disable it manually by yourself.

Carnitine will save you from situations such as updating an app on 3G in the App Store and later regret it. We highly recommend this tweak!

Carnitine works with iOS 4 and above and is available for free from the BigBoss repository.