Google’s browser, Chrome, has been updated to version 52. The new update finally gets the much awaited Material Design makeover, along with security and bug fixes and removal of app launcher.

Material Design is now enabled by default on Mac. The design change makes the interface flatter and sharper and top bar transparent. It also sports redesigned tab, icons, and Omnibox for Mac (similar to that of mobile Chrome). Incognito tabs also get a dark new theme, which we would love to have as the default theme instead. Google has implemented the new Material Design update without the use of images. The user interface, including the iconography, is rendered programmatically, allowing it to support a wider range of PPI configuration. 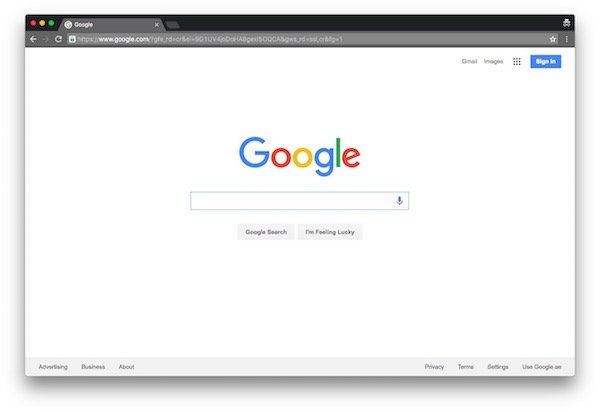 If somehow you do not like the new Material Design, you can either enable Material Hybrid or go back to a non-Material design by modifying the settings in about:flags.

Google has removed two features from Chrome 52: backspace shortcut and app launcher. Backspace shortcut to navigate to the previous page has been removed because users were unhappy about losing data, especially when filling out forms, by accidentally pressing it while typing.

The app launcher, which allowed users to open Chrome apps without opening the Web browser, has also been removed. Users will still be able to access and launch apps from their operating systems default launcher/apps folder or start menu.

Although the release of Material design was announced in January 2016, it officially rolled out to Chrome OS in April. Material Design has not yet been finalized for Chrome on Windows, however, by changing flags, Windows users can enable it.