Following the success of the original Crazy Taxi, a game based on picking up taxi customers, and driving them to their destination as quickly as possible, Sega has released several sequels. Fans of the Crazy Taxi franchise have been patiently waiting for Crazy Taxi Gazillionaire to be released. 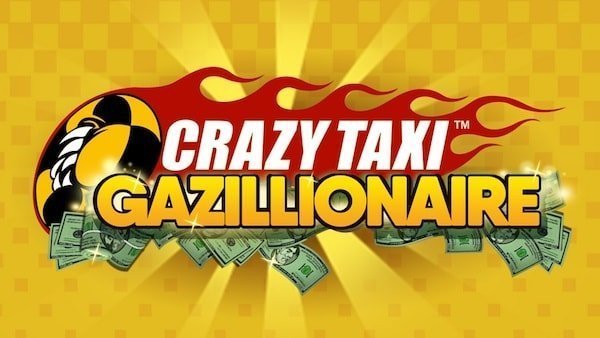 For the launch of this game, the mobile version of the original Crazy Taxi, which was previously available for $4.99 was made free (with ad support) for iOS and Android users. Controller compatibility was also added in the game on top of the existing touch controls.

Crazy Taxi Gazillionaire has taken a different approach than previous Crazy Taxi games. Instead of picking up passengers and driving a cab, players now tap around the map. It’s an idle clicker game. Player no longer have to worry about driving to a destination in a small amount of time. Players can hire tons of different drivers, who are inspired from different stereotypes, to increase the amount of money that is made. Gazillionaire is not story based, so it doesn’t have much of a plot.

You play as a guy who’s trying to make an honest living for himself while a “Prestige Megacorporation” run by Edelbert Von Güber flaunts his fancy company in your face (reminds us of Uber!). The game mirrors the current state of the Taxi industry, but it delivers its message in a light and fun way.

The game is expected to do well because of the brand it’s tied to. It’s a modern take on such a well-loved and classic game. It is free and available for both iOS and Android. Although it is a free-to-play title, there are in-app purchases ranging up to $19.99, which can be used to buy the game’s currency, which are diamonds.