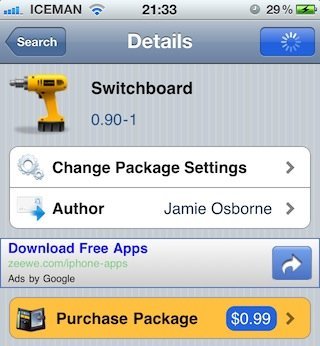 Custom options for the switcher with attention paid to minimal overhead and straightforward preferences. As well as standard tweaks such as dimming icons, killing apps without removal and launching from edit mode, it offers hueristic app filtering to keep your switcher clear of the apps you don’t want to see without needing to configure each of your apps.

Here are a few screenshots: 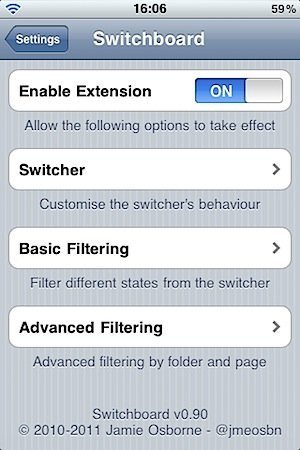 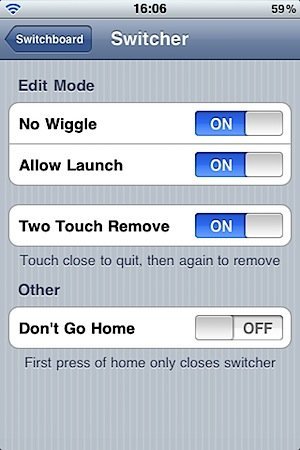 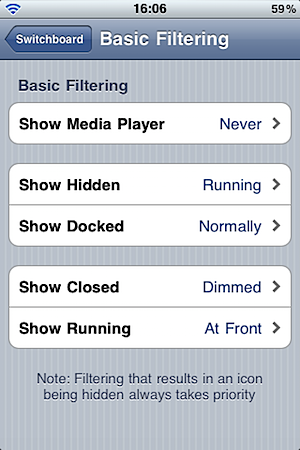 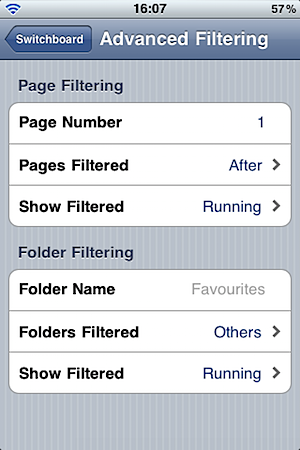 Switchboard is available for download via BigBoss Repo for just $0.99.