Great news for all of us Dead Space™ fans out there. The iOS version of the highly acclaimed console game franchise is now available in the App Store. Dead Space™ for iPhone / iPod touch as well as an HD version for iPad have been released recently, hosting the very best of graphics any game has yet showcased on the iOS platform. With stunning visuals, the gameplay is equally responsive making Dead Space™ super fun to play on any iOS device. 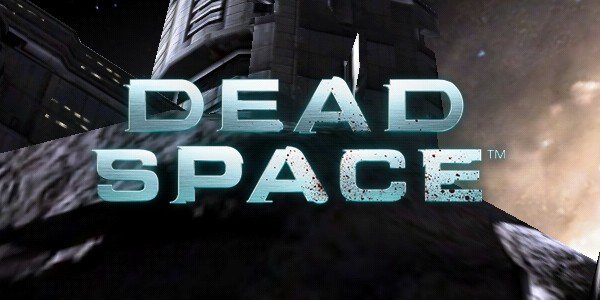 Here is the official iTunes description:

Immerse yourself in the game Apple calls “…a wholly original and terrifying experience splattered in deep gameplay, outstanding graphics, and chilling audio.” Delve deep into an ALL-NEW DEAD SPACE STORY that sets the stage for the action-horror storyline of Dead Space 2. Already being considered a masterpiece, this is a stunning vision of the acclaimed franchise and a true landmark game ̶ available only on the App Store.

THE FIRST DEAD SPACE STORYLINE EVER DEVISED FOR iOS

Three years have passed since the destruction of the Marker in the first Dead Space story. Now, experience first-hand the events that unleash the Necromorph hordes once again. You’ll find yourself on a mission of uncertain purpose in the Mines of Titan. Soon, however, the truth of your situation will become grotesquely clear…

A CHARGED SENSORY EXPERIENCE WITH VIVID SOUND AND VISCERAL GRAPHICS

Featuring a fully voice-acted stereo soundtrack, plus a movie-quality score and sound effects, we recommend experiencing the game with headphones for full immersion. Hear every footstep in the empty passages and feel the tension build as you are pulled deeper into danger. With cutting-edge visuals, rich in effects and atmospheric lighting, Dead Space reproduces the cinematic horror of the console experience and sets a new benchmark for graphical fidelity on the iOS platform.

SPECIALLY DESIGNED CONTROLS KEEP YOU FOCUSED ON THE ACTION

Intuitive controls have been conceived to maximize the immersive experience of the game on iPad. The on-screen HUD is seamlessly integrated into the game environment. Navigate 6 varied environments and battle Necromorphs with simple swipe and tap controls that offer accessibility without sacrificing depth. Nothing will break the spell of the story’s adrenaline-driven suspense.

Access the ALL-NEW Plasma Saw and Core Extractor, plus 3 more weapons from the Dead Space universe – and get on with the business of strategic dismemberment. In addition, utilize true physics-based Kinesis and Stasis Modules well-known to players of the original Dead Space console game.

Built into the context of the Dead Space environment, the in-game Store enables you to instantly purchase and download upgrades to help you survive the Necromorph onslaught. Get additional Power Nodes to enhance weapons at the Bench or to unlock sealed doors. Increase your offensive and defensive capabilities with Weapon Output and Armor Integrity Modules. Or get the Credit Booster to scavenge more credits from dismembered Necromorphs.

Don’t forget to register your Dead Space game for iPad. A special unlock awaits you in Dead Space 2 for Xbox 360™, PLAYSTATION® 3, or PC! 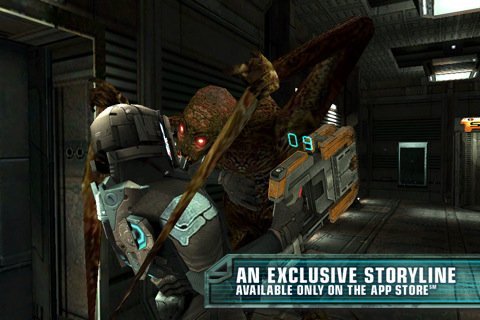 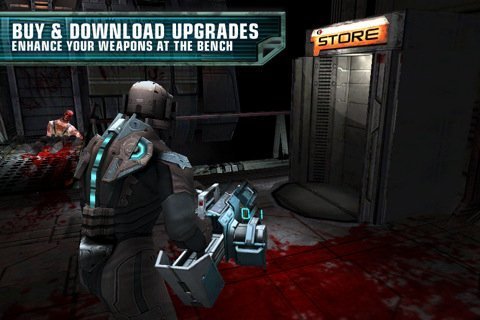 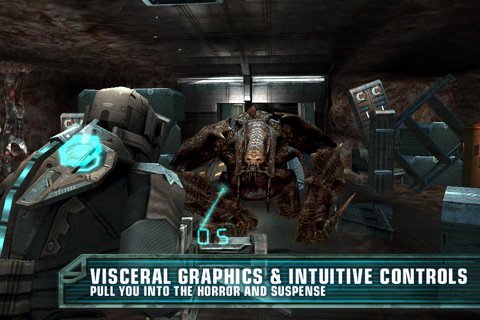