Moments ago, Apple released iOS 5 beta 5 to the developers. With it comes iTunes 10.5 beta 5 which like the previous releases, is mandatory for syncing your iPhone, iPod touch or iPad with the fifth beta of iOS 5. If you’ve already updated to iOS 5 beta 5 OTA and are getting an error trying to sync with iTunes, all you need to do is download iTunes 10.5 Beta for your Mac or Windows computer and everything will be back to normal! 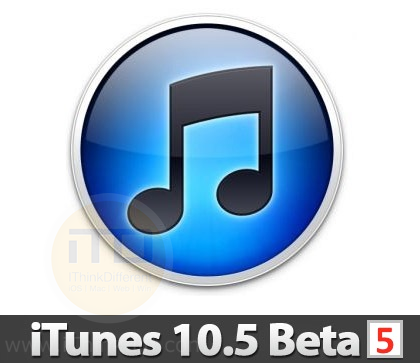 Here are the releases notes for iTunes 10.5 beta 5:

To install iOS 5 beta 5 using over the air software update, you must first erase all content and settings on your device by choosing Settings > General > Reset > Erase All Content and Settings. Over the air software update can be initiated on devices running iOS 5 beta 3 and later by choosing Settings > General > Software Update.

NOTE: This is a developer’s only “beta” release. So if you’re not a developer, please wait until the official release this fall.