Its raining hardcore iOS games today with Real Racing 2, Ultimate Mortal Kombat 3 and Lara Croft & the Guardian Of Light releasing one after the other. And now, N.O.V.A. 2 For iPhone & iPod Touch has just hit the App Store, whose teaser trailer we posted back in october called “Guess Who’s Back?”. N.O.V.A. 2 promises to bring a while new level of gaming to the iOS with even more stunning graphics and gameplay allowing up to 10 players local and online multiplayer modes, new maps, weapons and enhanced AI. 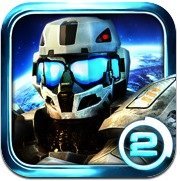 Check out the full iTunes description of the game and some awesome screenshots:

The ultimate sci-fi FPS is back! Get ready to step into a whole new level of gaming on your Apple device!

– The more, the merrier, now with up to 10 players in 10 multiplayer maps

– Build a career and rise through the multiplayer leaderboard

– Enjoyed the first N.O.V.A. – Near Orbit Vanguard Alliance? Be rewarded with extra bonuses.

– 12 chapters taking you through hostile, yet amazing environments of various Orbitals

– A wide range of enemies with improved AI, for even more intense combats

– 5 modes: Free for All, Team Deathmatch, Capture the Flag, Freeze Tag, and InstaGib

– Play against your friends or the entire world through Gameloft LIVE!

– Worldwide leaderboards in the game & on the official website, www.near-orbit-vanguard-alliance.com

If you played the first episode:

– Jump into multiplayer with bonus XP, allowing you access to advanced weaponry 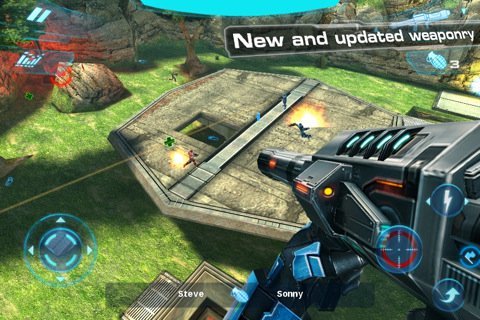 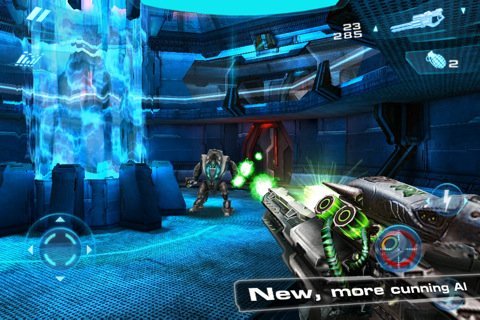 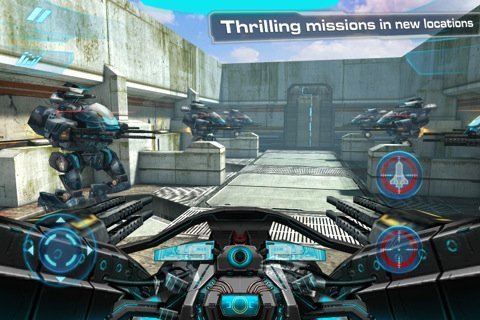