A cool tweak has just hit the scene, courtesy of Windows8Beta and Windows8Search. Its called the Windows 8 Tweaker and as the name implies it tweaks the OS in a way that it unlocks some really cool “hidden features”. These features also include the hidden Windows 8 Ribbon UI which can now easily be enabled with this tool. Below is the list of features you can get on Windows 8 by this handy little tweak. 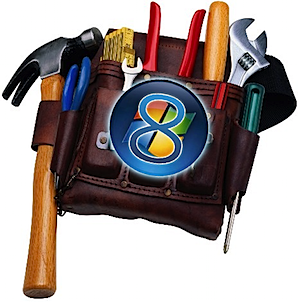 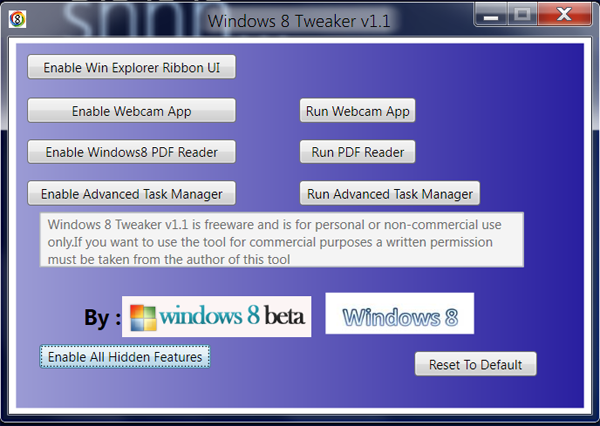 As the leaked Windows 8 Build floating around the internet is an early milestone 1, some of the above features may be quite buggy!