Although this rumor wasn’t looking like it could turn into reality but still, those who were looking for the launch of a Facebook phone would have realized that its not coming. But today in their live mobile media event, Facebook announced an update to their Facebook app for Android. This updated app has some new features such as places, groups and improved notifications. The update has gone live now and you can download it from Android Market. 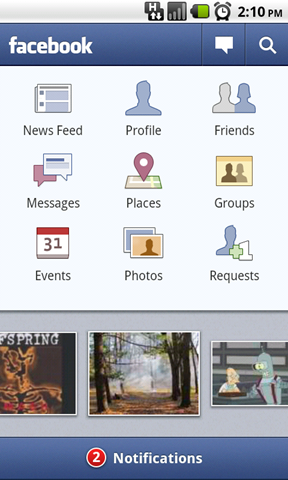 Apart from some new features like improved notification in which you can see comments threads inside the application instead of launching the mobile website every time, various bugs have also been fixed in Facebook 1.4 for Android.