Facebook has launched a new app called Hotline, which clones the live audio and audience functionality that Clubhouse has made so popular, while also adding Instagram’s live video streaming in the mix. The app has been created by Facebook’s New Production Experimentation (NPE) team, which creates various apps to test new features and experiences. 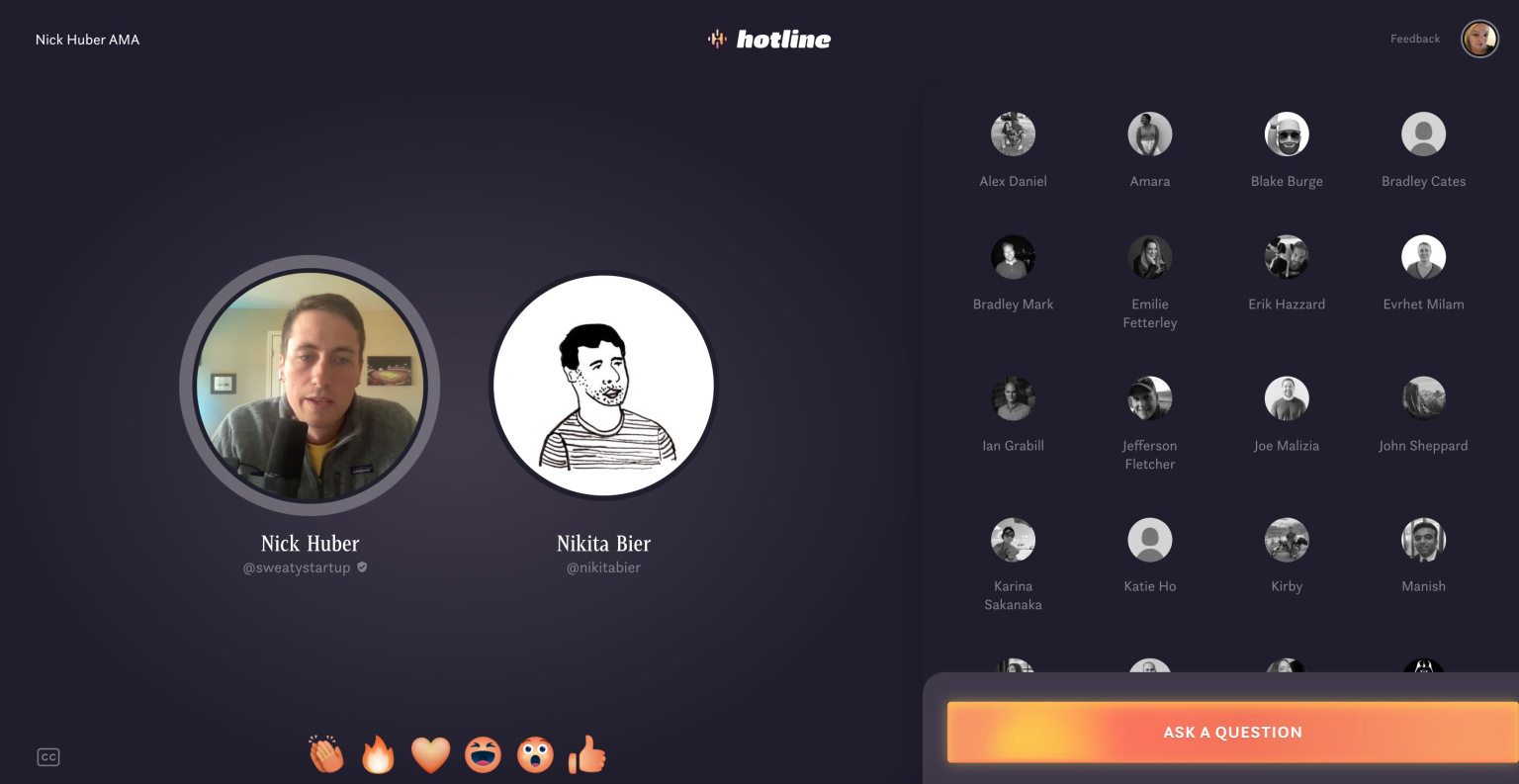 As per Facebook, the app is focused on sort of professional uses, such as sharing real estate or investment advice. Users can create sessions similar to Clubhouse, which can be audio-only, or with video, with a group of audience, and optionally allow the audience to ask questions.

The list of listeners in Hotline has a clear divide between those who are just silent observers and those who are actively asking questions. Unlike Clubhouse, the app also lets questions be downvoted or upvoted, which lets the hosts prioritize the questions that they should answer. Audience members can type in their questions first, and after the host allowed them, join the audio session to talk about it. Listeners cannot turn on their video yet, unlike Instagram Live, where anyone can join a live stream and turn on their video.

Surprisingly, the app only supports sign-in via Twitter, instead of Facebook, with verification done via SMS. In terms of moderation, Facebook employees will be moderating the conversations. Each session in Hotline is saved as an mp3 and mp4 file, so a record for each conversation is kept for sharing on other media.

If you go to Facebook’s NPE website, Hotline is nowhere to be found, and we have only become aware of it through TechCrunch. A Facebook spokesperson told TechCrunch:

“With Hotline, we’re hoping to understand how interactive, live multimedia Q&As can help people learn from experts in areas like professional skills, just as it helps those experts build their businesses. New Product Experimentation has been testing multimedia products like CatchUp, Venue, Collab, and BARS, and we’re encouraged to see the formats continue to help people connect and build community,” they added.

Hotline might be a simple testbed for Facebook as the company is looking into baking Clubhouse functionality into Messenger soon. Unlike Clubhouse, Messenger is a messaging app so it will be interesting to see if users warm up to it. Facebook has already successfully pivoted Instagram from just a photo-sharing social network to much more.

If you are in the United States, you can go to the Hotline website and join the waiting list by signing up with Twitter. For now, an app for iPhone is not available, but it is said to be in development.