Announced by EA at the E3 conference, FIFA 18 will be released worldwide on 29th September, 2017 for PlayStation 4, Xbox One, Nintendo Switch, PC, PlayStation 3 and Xbox 360. As has been one of the bestselling games for EA Sports, it is likely to top the charts following its release. 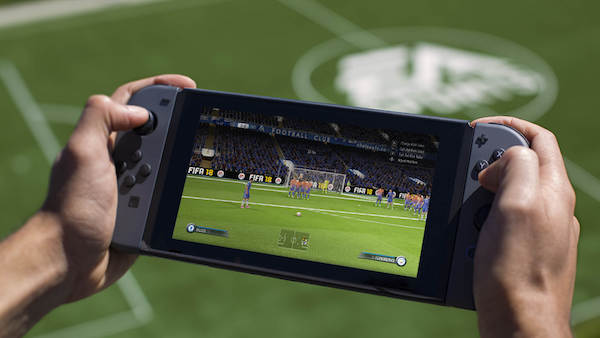 When FIFA 15 was released on the Wii U console it did not do well due to lack of attractive features and gameplay.  However, with Switch, FIFA 18’s success story might be very different. Switch as a console has been praised for what it can deliver; it has great graphics, speed, mobility and local multiplayer support which make gaming enjoyable anywhere and anytime. FIFA Ultimate Team, Career Mode, Kick Off and Local Seasons will also be available on FIFA 18 for Switch.

Judging by the trailer, EA has touched on and improved every aspect of the game including, gameplay, graphics, animations and characteristics of the players, based on Frostbite engine. EA has definitely spent some time making sure that the characters appear more realistic than ever. However, Frostbite will not be a part of the Nintendo Switch version. As per EA, the Switch variant will use a custom engine which has some featured that are in Frostbite and is more advanced than the older Ignite engine used for Xbox 360 and PlayStation 3.

The Journey, which was introduced last year, will be included in FIFA 18 as The Journey Season 2. In the new season, Alex Hunter will be facing a possible swap to Real Madrid and will have to perform well to stay on. The Journey will be able on available on PlayStation 4, Xbox One and PC. The Journey relies on the Frostbite engine so it will not be a part of the game on Nintendo Switch, PlayStation 3 and Xbox 360. 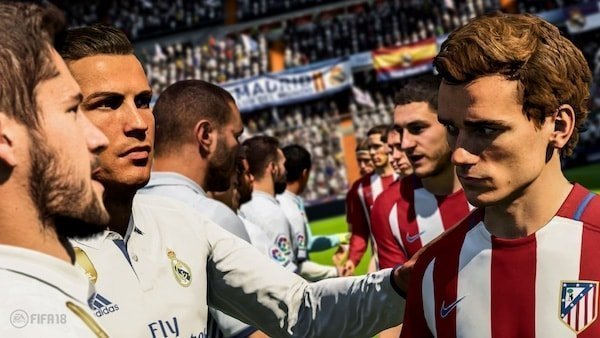 How much will FIFA 18 cost?

You can pre-order Ronaldo and Icon editions right now via PlayStation and Xbox stores and enjoy many benefits. Pre-ordering customers will be able to enjoy the game on 26th September, three days earlier than the worldwide release. They will also receive 20 jumbo premium gold packs, eight special edition FIFA Ultimate Team kits designed by artists on the FIFA 18 soundtrack and will be able to loan Cristiano Ronaldo for five FUT matches. And if you want to get your hands on the FIFA 18 experience before the 26th, you can sign up to Origin Access on PC or EA Access on Xbox One for $4.99 per month to get 10 hours trial play on 21st September. PlayStation users will not be able to sign up for this early trial as they do not have EA Access on their consoles.