Epic Games and Bad Robot Games together have developed a thrilling, action strategy game, SPYJINX. Its gameplay is set in a secret world of espionage with thrilling heists where the player is referred to as Mastermind. The game features crazy tech gadgets, character development RPG elements and also ahead to head multiplayer mode.

The game is a developed by Bad Robot, spinoff of a production studio by J. J. Abrams. The company had previously collaborated with Epic Games to debut a trailer for Star Wars: The Rise of Skywalker within Fortnite.

Fornite, which garnered huge success for its PvP mode, was developed by Epic Games. The vast PvP experience from Fortnite raises similar expectations for Spyjinx’s multiplayer mode which is in development. It seems a lot like the art style of Fortnite, specifically the recent second season of Fortnite Chapter 2, which is coincidently also espionage with a secret agent theme.

The game would allow players to build their secret bases in exotic locations around the world as they try to stop other players from stealing valuable information from their bases. Similarly, the player has to infiltrate other bases to steal information. The bases can be customized with different items, deadly traps and stolen items. The game also allows players to build squads with different characters with unique skills of their own, to complete different missions.

Not a lot of description about Spyjinx is public at the moment beyond its brief description and some screenshots. However, Epic Games has officially launched a beta test in Malaysia and Australia.

“Set in a secret world of espionage, thrilling heists, and high-tech gadgets, Spyjinx is a unique mix of action-strategy gameplay, RPG character development, and head-to-head multiplayer. Your goal? Become the ultimate spy Mastermind” 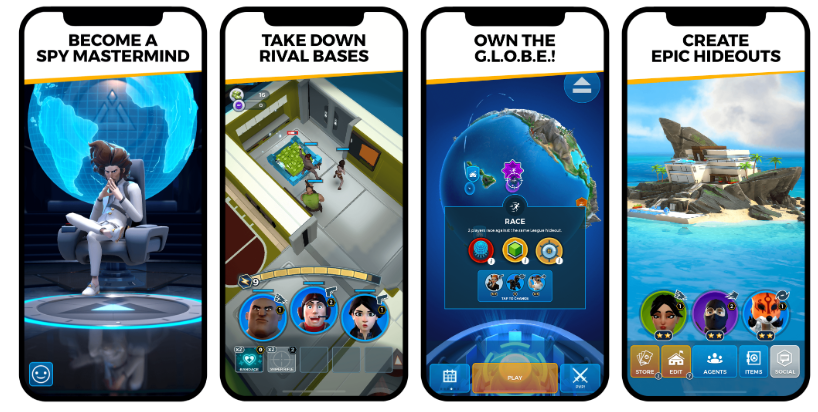 There seems to be no official date for Spyjinx’s worldwide launch yet. The company will take its time during this beta test period to learn from the first wave of players to inform future decisions on the worldwide launch. Users can also sign up to get an email, and the Spyjinx team will let them know when the game is available in their region.