The first mobile devices using Google Chrome OS are set to launch later this month, according to sources, with Google set to release its own-brand model just like the Nexus One smartphone launch. 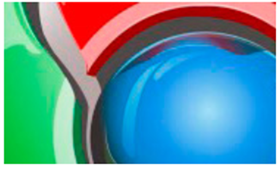 Chrome OS will be a lightweight platform aimed at mobile devices and based around the browser, Chrome. It will have very few built in applications and will mainly focused at web-based services.

The first netbook-style device with Chrome OS will appear in late November along with a device which will be sold directly by Google online.

Google haven’t confirmed or denied this report but a spokesperson for the company said that Google have nothing to share with the public at this time.

The Chrome OS device is expect to be based on ARM processors and with flash-based storage to keep the weight down.