It came with no surprise when Google Cr-48, the first ever Chrome OS laptop was found running Ubuntu a couple of weeks ago as reported by engadget. Well, it sure doesn’t end there does it? It now appears that hackers have successfully managed to install and run Windows 7 as well as Mac OS X Snow Leopard on the Cr-48. It is believed that Google built Cr-48 with “hacking in mind” but running Windows 7 and Mac OS X full on, wasn’t on the menu for sure! 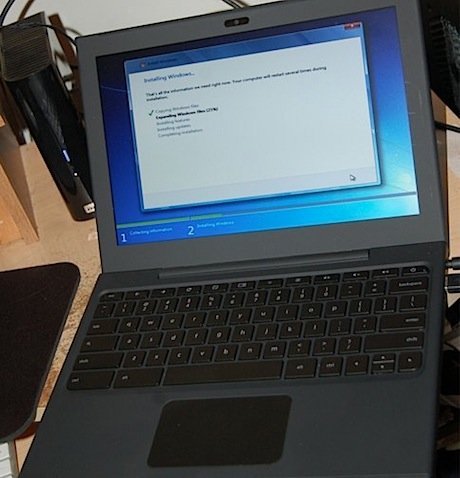 If you do own a Cr-48 and would like to give this a shot, simply check out this link and follow the instructions on how to pull it off. Best of luck!

Meanwhile, check out the video of Mac OS X Snow Leopard in action on Cr-48 below: