You Gotta See This, by Boinx Software is a panoramic photography app exclusive to the new iPod touch and the iPhone 4 since it utilizes the gyroscope feature found only in these two iOS devices. The app is not a typical panoramic imaging app where you need to hold your iPhone / iPod camera at the same level while they take multiple images which are later stitched together. Instead, it starts taking pictures at once when you press the camera button and move your stretched out arm around in an arc in order to capture the scene. 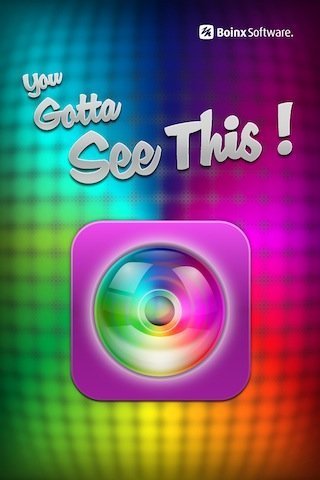 When you move the arm, the border around camera preview is white which means that you are moving at the correct speed while it turns red if you move too quickly. Once you’re done, just press the camera button to stop it. The app then begins to generate your panoramic image in a unique collage of photos which are overlapped and aligned in a way to create a full picture. In my experience, this didn’t turn out as perfect as I had hoped even after several tries, but I guess it depends on a lot on the scene which is being captured e.g landscapes, concerts etc. 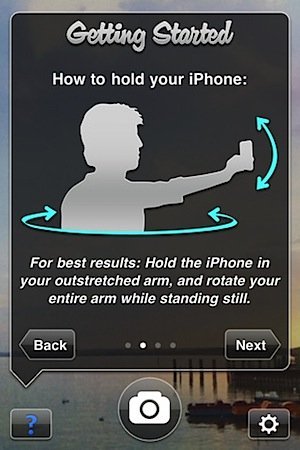 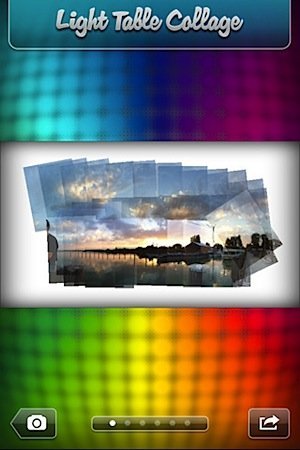 There are several different themes used by the app to create images ranging from light table collage to a vintage fabric or the wall of tiles. The photos can be exported to the camera roll, or shared directly on Twitter and Facebook.

In short, the app is mostly aimed at creative photographers who love to try and create something unique while any regular user such as myself won’t be bored with it either. It is available on the App Store for only $1.99. Check out a simple demo video of You Gotta See This! given below: