After months of waiting, Grand Theft Auto, the grand daddy of them all, is now available in the App Store. GTA: Chinatown Wars is a direct port of the Nintendo DS and PSP version. According to the full 5-star reviews in the App Store, this game is well worth the $9.99 it costs. Some have even gone far to say that they would have paid more for this game, it’s that good. 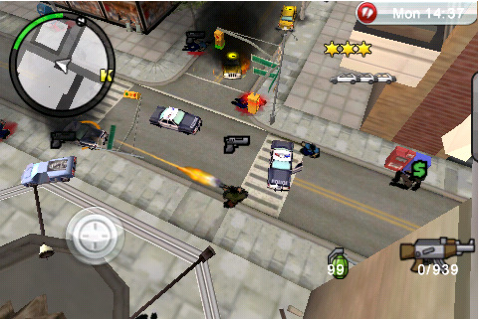 The graphics for GTA: CW on the iPod Touch are better than the Nintendo DS. This is no doubt one of the nicest looking games you’ll see in the App Store. The lightening effects change according to the in game clock and a lot of small details make it easy on the eyes.

The game has a lot of swearing as expected and is rated 17+ in the App Store. According to Touch Arcade, there seems to be almost no censoring in the game as per the App Store standards.  The game play is just as brilliant as we expect from the GTA series. Hours of game play along with lots of mini games make it a complete experience. Not to forget the cop chases and variety of cars. Liberty city never looked and felt better on the iPhone.

If you’re a gamer and own and iPhone or iPod Touch, this is one must have game. Else, you’re not getting your money’s worth out of your iDevice. Grand Theft Auto: Chinatown Wars is available for $9.99 in the App Store. 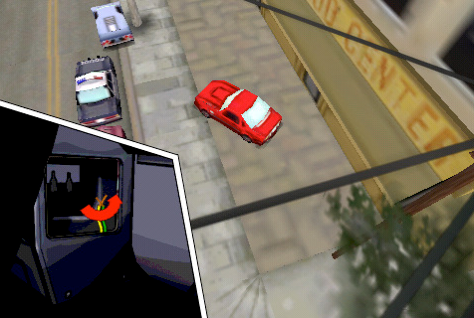