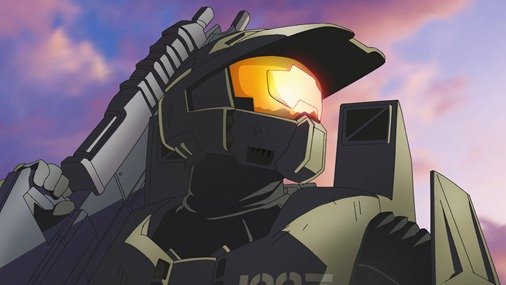 Microsoft has unveiled the next move for Halo, and it’s anime short films. Microsoft will be collaborating with some of the most acclaimed anime writers in the world to work on Halo Legends to bring the Halo world to the anime form.

Halo Legends will be distributed by Warner Home Video. Other studios involved in the project are Bones Inc., Casio Entertainment Inc., Production I.G, STUDIO4˚C and Toei Animation. Halo Legends will also be available through Xbox LIVE via a new experience called Halo Waypoint which will keep fans up to date with news, activities, trailers, podcasts, screenshots, exclusive video footage and behind the scenes. New career system and player rankings will be available which will be tied to in-game and out-of-game accomplishments in Halo.

Here are some important snippets of the press release:

“Halo Legends,” which will officially debut at a panel presentation today at Comic-Con International in San Diego, is being produced by Microsoft’s 343 Industries and features creative direction from anime pioneer Shinji Aramaki, director of the critically acclaimed “Appleseed” and “Appleseed EX Machina” anime features, and Mamoru Oshii, director of the landmark “Ghost in the Shell” movies, with additional production from Joseph Chou of J-Spec Pictures. The compilation will include a series of short stories that explore different times, themes and characters from the “Halo” universe and will be distributed globally by Warner Home Video, a Warner Bros. Entertainment Inc. company. Influential studios that are part of the project include the creators behind some of the most popular and celebrated anime to come from Japan, such as “The Animatrix,” “Cowboy Bebop,” “Fullmetal Alchemist,” “Ghost in the Shell,” “Dragon Ball” and more.

The release and distribution plans for Halo Legends will be announced soon.