The news of a new iOS bug have been making the rounds on Internet. This bug allows users to to send a malicious SMS or iMessage to the iPhone user and crash their Messages app, which then does not open because it keeps going back to the same message on launch. In case the message is received on the lock screen, it can cause the iPhone to reboot. 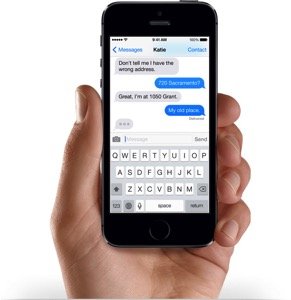 This happens due to a bug when rendering a certain string of Unicode characters and has plagued iPhone and even Windows Phone before. The fix is being worked on by Apple but for now, if you somehow receive such a message, you can fix the app by following one of the below steps:

Meanwhile, if you get such a message from any of your contacts, now you know how to fix it.