Instagram Live was launched back in 2016. It is a feature on Instagram that allows users to stream live video to followers and engage with them in real-time. When users broadcast live video streams on their accounts, a ring highlights their profile picture in Instagram Stories to alert followers that they can view the live stream.

Even though the feature is a few years old, it used to be primarily used by a small audience until now. Due to the ongoing pandemic, everyone is practicing self-quarantine in their homes, spending much more time on social apps.

The company claims that its Live usage is up over 70 percent in the U.S. alone. Such drastic changes in its usage graphs have forced the company to add new features to make it easier for users to access content from their favorite content creators. 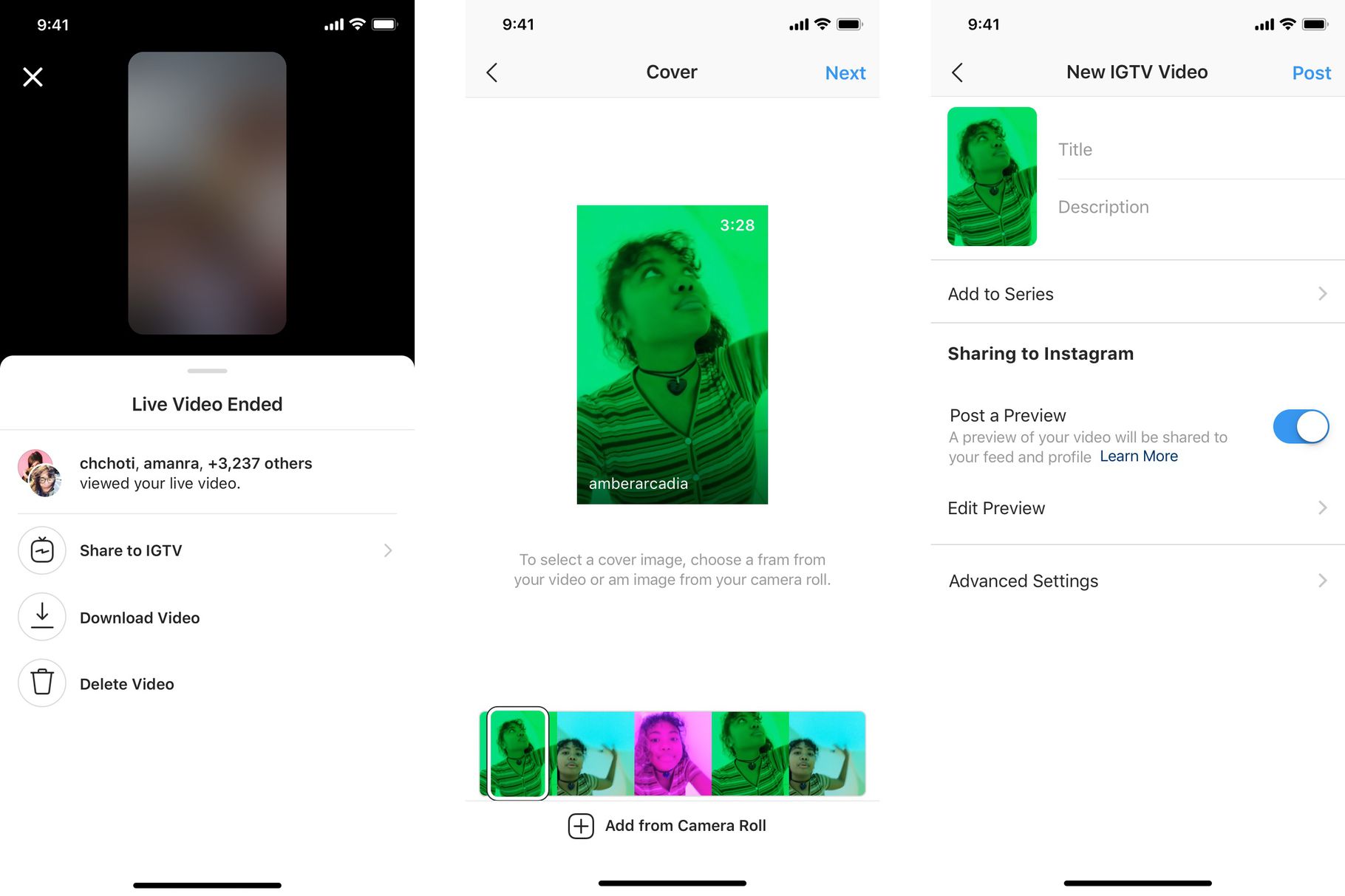 Instagram is allowing users to watch and comment on live videos from their desktops after launching it as a test. It is also rolling out a new button as a test that will allow users to upload their finished live streams to IGTV. Users can choose to share a preview of their video to their feed and profile. However, comments and question stickers below their video will not carry over to IGTV upon sharing.

Live videos can stay on user’s profiles for as long as up to 24hrs, and people have previously struggled to make them available for a longer duration. With this new feature, it will be easier to save live videos for later viewing by both creators and their followers. This will also help Instagram in building IGTV into a more competent competitor to platforms like YouTube, which require a heavier load of content on the platform.

Instagram had just updated its IGTV app for promoting creators and making it user friendly. It also had updates like promoting IGTV videos via Stories through 15-second clips. Earlier, there was no way for Instagram users to find new IGTV creators to stream or follow. Now, it allows you to tap and stream accessible content based on your likes.

The company has also focused on minor updates like introducing Direct Messages to its desktop site. All these updates from Instagram are focusing on a common goal of making all content accessible via all platforms and letting its users simultaneously access maximum features offered through its user interface.