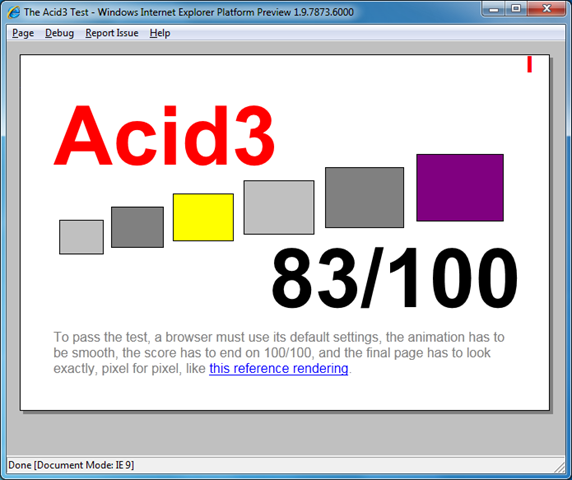 A lot of new demos for <CANVAS> and other elements are also available now on the Test Drive website to check the hardware rendering as well as JavaScript execution performance of this build.

The location bar is still missing, though. ;)

If you’re interested/or a developer, you can grab the Internet Explorer 9 Platform Preview s3 build here.