An upcoming iPad Air with OLED display has been in the news for quite some time now. The rumored tablet is reported to launch in 2022 or 2023 time frame. A new quarterly OLED shipment report of Display Supply Chain Consultants (DSCC) gives color to the rumors that users can expect a 10.9-inch AMOLED iPad in 2023. Although reports do not mention the tablet’s model, the mentioned size of the device points at an iPad Air.

Organic electroluminescent light emitting diode (OLED) technology works without a backlight because it emits visible light to display deeper blacks and a higher contrast ratio than LCD technology. Out of the two types of OLED tech, Apple is opting for Active-Matrix (AMOLED) display which offer higher resolution and larger screen sizes. However, the OLED display is not suitable for prolonged use of the same software and has burn-in issues. Therefore, Apple is most likely to adopt the display tech in cheaper iPad models and not the iPad Pro models. 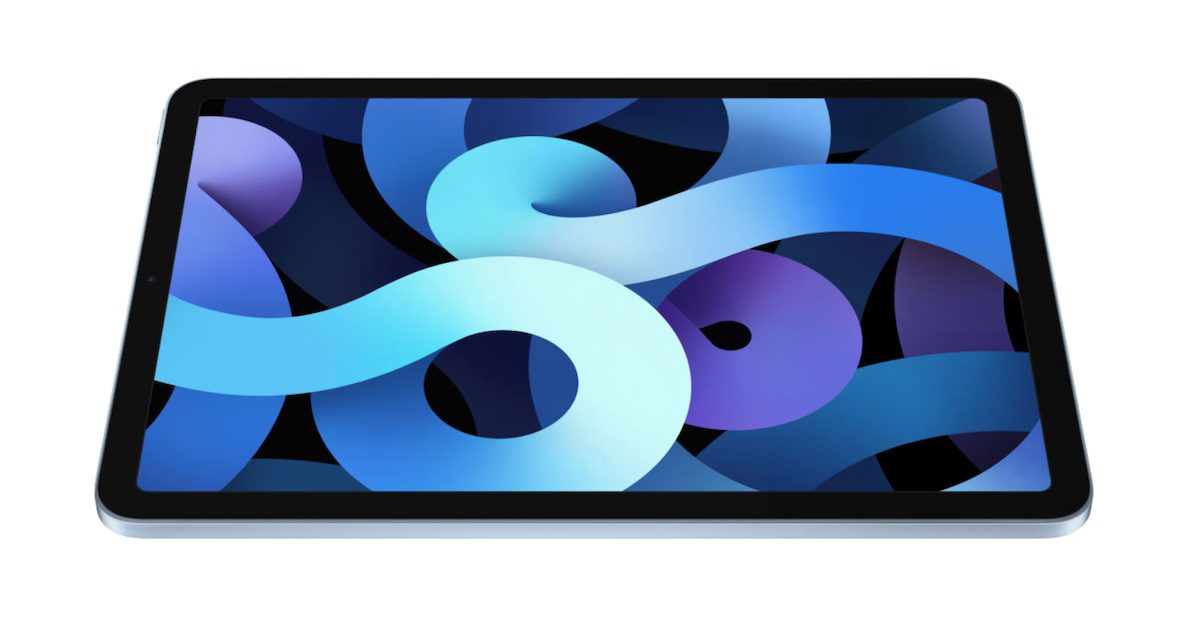 Currently, Apple uses OLED display in iPhone, Apple Watch, and MacBook Pro’s Touch Bar. Reports suggest that the company plans for more ambitious use of the tech in future iPad models which is expected to boost the company’s revenues. DSCC’s OLED revenue forecast predicts $60 billion sale by 2025 due to adaptation of the display in tablets, notebooks, and monitors. The report mentions, Apple’s use of display in iPad coming out in 2023.

Touch Bars continue to be the #3 application with a 18% unit share and 1.2% revenue share in Q1’21. We expect Touch Bars to be exceeded by tablets when Apple starts the adoption of the 10.9” AMOLED iPad. Further, our sources suggest that Apple may cancel the Touch Bar in the future.”

The size of the mentioned tablet is the same as the 10.9-inch iPad Air (2020) which is equipped with A14 Bionic chip, Liquid Retina display, A14 Bionic chip, a fingerprint sensor embedded into a button on the side, new color options and much more. 9to5Mac explains that the OLED display tech should not be expected in iPad Pro because of burn-in issues.

“Based on what previous rumors said, Apple didn’t want to bring OLED to the iPad Pro because of burn-in. (…) There are people who use iPad Pro for long periods of time, so having this display could result in a burn-in nightmare.

Brightness is another important aspect to consider. (…) For professionals working with HDR photo and video editing, using the 12.9-inch M1 iPad Pro with Mini-LED display is like having a small version of Apple’s Pro Display XDR.

(…) I see the Mini-LED as a transitional technology. It’s better than OLED in some ways for what professionals need, but it’s not something that will be around for long — which is why we shouldn’t worry about it. OLED, on the other hand, is becoming more and more popular. And while it doesn’t have terrific brightness, OLED might be the perfect display to bring deeper blacks to cheaper iPads in the future.”