Canalys’ recent report on the global PC market (including tablet) states that Apple’s iPad dominated the tablet market in the fourth quarter of 2020 with 40 percent growth, 19.2 million shipments, Apple captured 36% of market share. Despite the COVID-19 pandemic, last year, Apple successfully launched several new products and services which helped consumers to transition to the new normal of remote learning, working, and socializing. 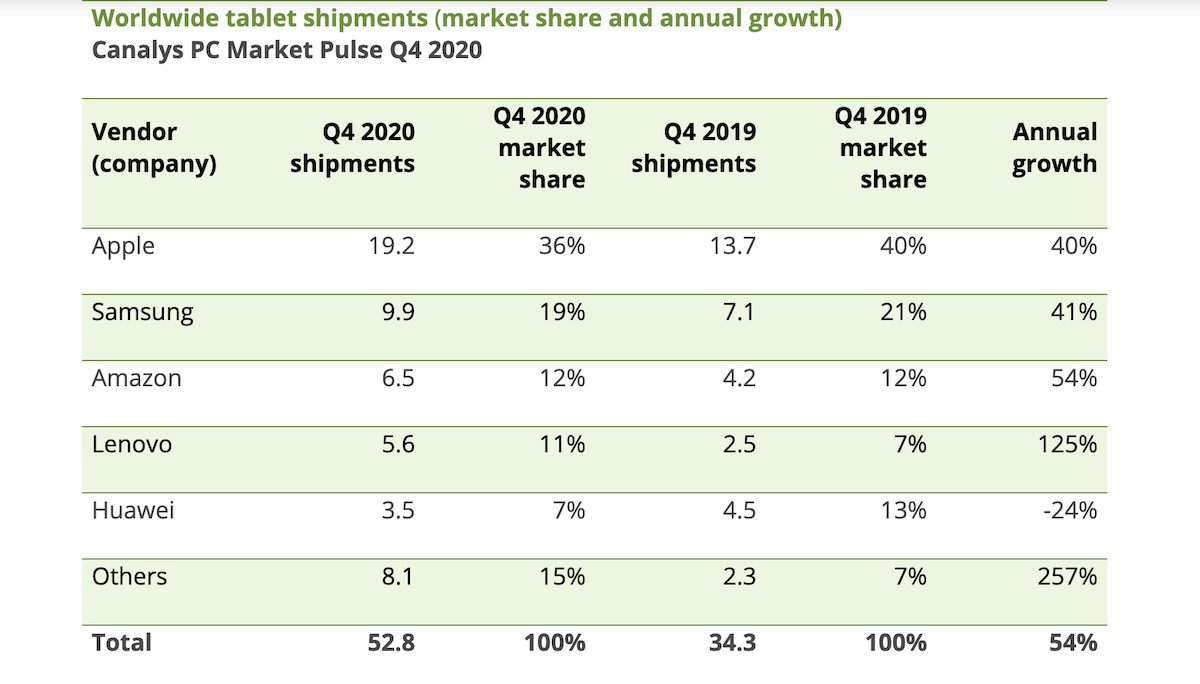 Explaining the growth of the tablet market, Canalys analyst, Ishan Dutt said that the tablets’ portable and compact design along with advanced technology, made them a popular device.

“The growth momentum enjoyed by tablets shows just how important easy access to computing power has become in the current time. Their versatility across, not just different form factors and price points, but also connectivity options, make them an ideal device across a variety of use-cases, from simple slates for e-learning and content consumption all the way to high-performance detachables for productivity users who are adapting to spending a larger proportion of time at home.

Vendors like Microsoft, Dell and Lenovo reacted to the renewed interest in detachable tablets with a slew of announcements at CES 2021 focused on bringing better performance and connectivity to devices for an era of greater flexibility in work arrangements. Moving forward, tablets will be a crucial element of vendors’ PC portfolios and vendors like Apple and Samsung that prioritized the category as others exited will find themselves in an enviable position.”