Spectre, the latest entry in the popular James Bond movie series has gotten its official game titled ‘James Bond: World of Espionage’. The game is available for free for Android and iOS (iPhone and iPad).

James Bond: World of Espionage is an action-packed multiplayer strategy role playing game. Quiet a mouthful isn’t it? Users can play as James Bond and other agents and deploy them across the world to complete various missions. The game has popular characters (70 in total) such as M, Q, Moneypenny as well as Pussy Galore and Tiffany Case. Users must build a top notch agency in the game by completing the story line, competing in multiplayer and making alliances and of course, by using the latest high tech gear from Q-Lab. 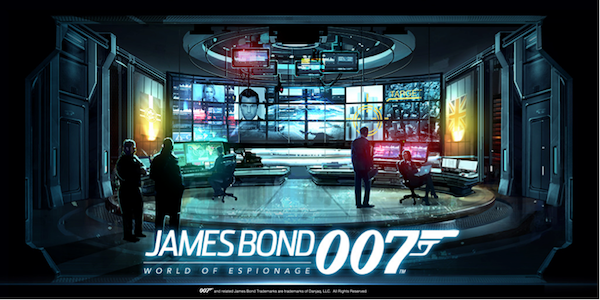 Users can train, upgrade and build their way to the top as is the case with the RPG genre. We would have preferred an acton game rather than an RPG. Something like James Bond from the Nintendo 64 era would have really been amazing. But if RPG is your cup of tea, this game will suit you just well.

The game is available for iOS devices running iOS 7 and above and Android phones on version 3.0 and up. Since the game is free, it comes with in-app purchases and ads.

Meanwhile, we wait for Spectre which will release on November 6. As a long time James Bond fan, I can’t wait!