Check out what experts think of Apple’s newest desktop targeted at creators in our Mac Studio review round-up.

Apple’s Mac Studio was announced with powerful M1 Max and M1 Ultra chips, with the M1 Ultra being twice as fast as the M1 Max. Reviewers have put these claims to test, and most agree that it is super fast in terms of both CPU graphics performance, and goes head to head with PCs that cost a lot more. 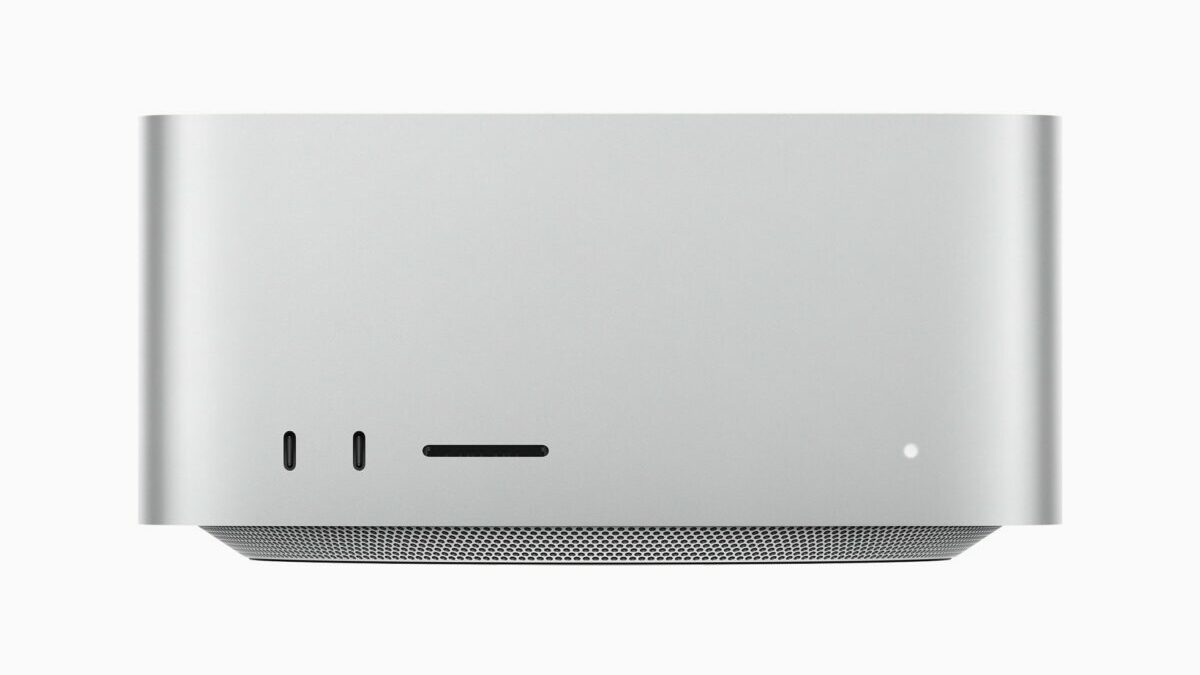 D. Hardawar from Engadget gave the Mac Studio a score of 9 out of 10 and praised its sleek design, performance chops, port selection, and fast SSDs. He called out the lack of user upgradability, rear headphone jack placement,

The Studio delivers more performance than the M1 Max-powered MacBook Pros, but it costs significantly less and gives you access to all the ports you’d want from a desktop. It’s basically the super-powered Mac Mini many have been waiting for.

Monica Chin from The Verge gave the Mac Studio an 8 out of 10, which is surprisingly lower than the 8.5 that it gave to a Dell XPS laptop that had heat up and battery issues. The review praised the fast performance, compact design, and availability of ports but criticized the graphics scores, price, and lack of upgradeability.

What I did see was a host of professionals being shocked by how much they could get done on this machine. They were using the same software they use every day, but they were doing things with it they’ve never been able to do before.

UltraFusion is not a kooky new idea that Apple is wasting our time with. It’s real. Companies have been trying to mush two GPUs into one for over a decade, and Apple finally did it. This computer is a historic achievement. And using it feels like a privilege.

Phillip Tracy from Gizmodo gave it 4.5 out of 5 stars and commended its record-setting performance, ports, compact design, and its ability to stay silent even during the heaviest of workloads. In terms of cons, Philip pointed out the lack of upgradeability and expensive price for the top configurations.

At the intersection of all this is the Mac Studio, a pint-sized desktop backed by Apple’s most powerful chip yet and enough ports to make this PC user nod his head like a proud father. Falling somewhere between the Mac mini and Mac Pro, the Studio is meant for creative pros who need to push demanding apps but don’t have $6,000 to spend on the modular Mac Pro. We can debate about why it took so damn long to arrive, but after using it for about a week, I can confidently say the Mac Studio was worth the wait.

Brenda Stolyar from Wired called out the excellent performance, compact size, easy setup, storage, and other upgrades as positives.

The Mac Studio comes with two processor choices: the M1 Max or M1 Ultra. Both are markedly more powerful than Apple’s cheaper desktop Macs and even surpass the expensive Mac Pro. It starts at $2,000 and isn’t what I’d call “cheap,” but you’ll be hard-pressed to find an equivalent this powerful and compact for a similar price.

Romana Loyola from Macworld gave it a 4.5 out of 5 stars rating and called Apple’s newest Mac a worthy investment and talked about its processing power, port flexibility, ability to connect five displays, and silent performance. However, memory and SSD are not user upgradeable, as with all M1 Macs, which was a letdown.

The Mac Studio is ideal for content creators of any level. But here’s the thing: the Mac Studio’s performance over the M1 in the Mac mini or 24-inch iMac isn’t just a marginal boost like we used to see with Intel-based Macs—it’s a serious speed improvement. Add to that an attractive mix of features, and you’ll find in Mac Studio a computer that is attractive to any power user, regardless of the kind of work they do. It’s worth the investment at all levels.

Alex Wawro from Tom’s Guide also gave the Mac Studio a rating of 4.5 out of 5 stars. Echoing the sentiment of other reviewers, Alex praised the design, performance, and ports, while pointing out the expensive cost for higher-end configurations.

Apple’s Mac Studio can deliver more power than almost any other computer on the market, and it packs it all into a quiet, well-designed chassis that looks good on a desk. It’s an excellent desktop for creatives, families and students, though getting one with an ultra-fast M1 Ultra chip will cost you quite a bit.

Jaron Schneider from PetaPixel put the Mac Studio through the paces in a number of photography-related workflows and came out impressed.

It’s really hard to summarize the Mac Studio without sounding trite. Yeah, it’s powerful, power-efficient, quiet, and small. We’ve heard it all before, to the degree that when Apple beats itself again, it’s hard to put to words just how impressive that is. This computer is incredibly small for the kind of performance it puts out and in the time I’ve spent testing it, I have strained to hear the fan (if I put my ear right up against the chassis, I can barely make it out).

DL Cade from DPReview also tested the M1 Max Mac Studio in various Lightroom, Capture One, Photoshop, Adobe Premiere Pro, and Final Cut Pro benchmarks and commended its performance. The review pointed out the performance and how it should be enough for most photographers. He pointed out the lack of HDMI 2.1 ports and that it does not ship with a mouse and keyboard.

I can’t give the Mac Studio 5 stars. The fact that you can’t upgrade any of the components disqualifies it, and Apple left out some nice-to-haves like HDMI 2.1… or a mouse and keyboard. But if you can overlook these omissions, the Mac Studio is precisely the computer that many of use were hoping Apple would release: a “professional” Mac desktop with tons of power and lots of ports, that still takes up less room on your desk than a gallon of milk.

From all the reviews, it is evident that both M1 Max and M1 Ultra variants of the Mac Studio are fast performers. What seems to be missed out in most reviews is that compared to other similar configurations which include the best of Intel, AMD, and Nvidia, the Mac Studio actually costs far less while providing great performance and power efficiency. Simply buying a top-of-the-line Intel chip and Nvidia RTX 3090 can cost more than most Mac Studio builds.

Folks that work on Macs will not be looking anywhere else but it is certain that there will be many first time users that will be switching to take advantage of the powerhouse that the Mac Studio is.

Make sure to also check out some of the reviews from our favorite YouTubers below: