The revolutionary motion sensor introduced by Microsoft called ‘Kinect’ exclusively for its premium gaming console Xbox 360 has already sold over 1 Million units in 10 days from its launch. Many considered that the Kinect sensor is an overpriced accessory before these figures, but its complete sell out at all the major retailers in US says otherwise. If this were to continue, Microsoft could sell over 5 Million units by the end of 2010 which definitely outsells any other motion controller available in the market! 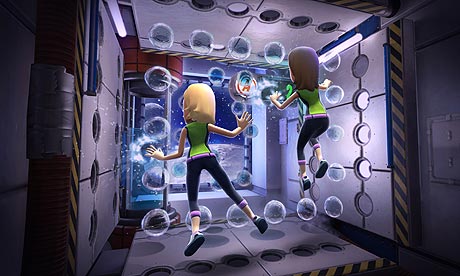 Don Mattrick, the head of Microsoft’s interactive entertainment, said in an official statement:

“We are appreciative of the response we have seen from consumers that has culminated in sales of more than 1 Million units in the first 10 days on the market for Kinect for Xbox 360. This is a great start to the holiday season, and we will continue to work with our retailer partners to keep pace with high demand and deliver against our plan to sell more than 5 Million Kinect sensors worldwide by the end of this year.”

Wow! this figure could even double or more with the release of some hardcore titles like Star Wars with a lightsaber in your hand. Star Wars game however is due to be released in 2011. Till then, Kinect aims at mostly the non-hardcore gamers with titles such as Kinect Adventures, Kinect Joy Ride and Kinectimals. If you already own one or more of these titles and a Kinect sensor, do share your experience with us in the comments section below!