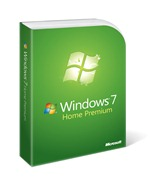 Ed Bott has discovered a new clause in the license agreement for the latest leaked build of Windows 7, which is very close to the one that will be included with the final RTM build. The agreement has a clause for a Family Pack under Installation and Use Rights:

This means that if you buy a copy of Windows 7 Home Premium marked as Family Pack, you may install it on up to 3 computers in your house. Seems as if Microsoft has taken a leaf out of Apple’s book as they have already been offering a Family Pack for $199 which lets a user install OS X on up to 5 Macs. As obvious by the lines ‘use by people who reside there’, the Family Pack isn’t intended to be used for commercial or business users, just like Apple’s agreement which states a similar clause. We might see these lines change to make it somewhat more clear as the commercial/business usage restriction isn’t too obvious at the moment.

This Family Pack discount will apply only on Windows 7 Home Premium, which is the SKU that Microsoft will targets towards home users. No word on pricing yet, though Ed speculates that it will be priced at $189, $10 less than Apple’s Family Pack. Microsoft will really have to come up with some aggressive pricing scheme for the Family Pack, and preferably increase the number of licenses to 5 to make it a more attractive package, since along with PCs, notebooks and netbooks are a part of most households nowadays, so a 3 license Family Pack wont be as fair as Apple’s Family Pack of 5 licenses is.