Android Marshmallow SDK has been finalized and release to developers. Updated system images for Android 6.0 have been released as well for Nexus devices. As it is customary, users have been going through the operating system to find out what has been updated or changed in the latest preview build. A few important visual updates have been found which include a new boot animation, a new animation for Now on Tap and new wallpapers.

The new boot animation is one of the most gorgeous boot animations we have seen. It shows 4 circles with different animations, sometimes between each other, which then morph into the Android logo just before the device is done booting. Check out the complete animation in the video below via Droid-Life: 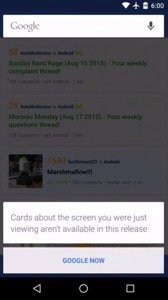 One of the best announcements of Android Marshmallow was the Now on Tap features which brings the power of Google Now to every screen in the operating system. It vowed the crowd at Google I/O 2015 but, since then, it has not been enabled in any of the developer preview builds. With the latest preview build, this remains the same. However, there is a cool new animation implemented which goes around the border of the screen display, effectively communicating that it is scanning the content of the current app or view. Sadly, the end result is a message which says that ‘Cards about the screen you were just viewing aren’t available in this release’. Two animation GIFs have been posted on Reddit which can be seen in below links:

Now on Tap in an App

Android Marshmallow has a bunch of new wallpapers which range from patterns and shapes to photos and what seems like top down satellite imagery of different locations. They all look beautiful and are available in high resolution to use on any tablet, smartphone or even desktop. 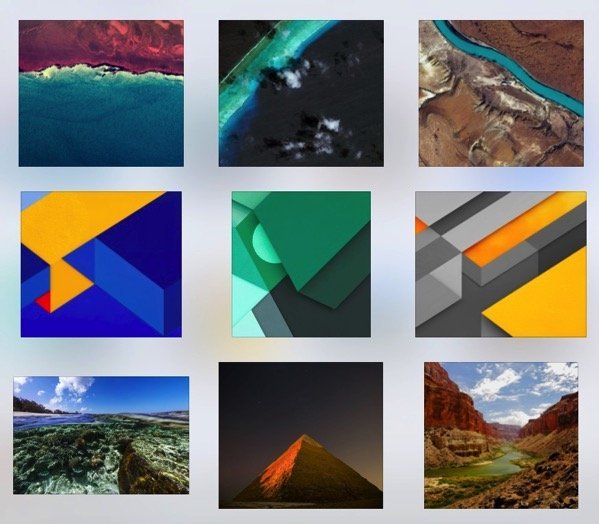 All the new wallpapers can be download from this link.