After the hacking of the PS3 by George Hotz(geohot), Sony has released a new PSN service agreement banning all peripherals that aren’t licensed by Sony, and allowing Sony to collect even more data from the owner’s PS3 console. This data includes, among other things, what kind of television the PS3 is plugged into, what kind of controllers the PS3 is connected to, and what USB devices are plugged in. All of this data, including your credit card information, is transferred to Sony when the PS3 is connected to the PlayStation Network. 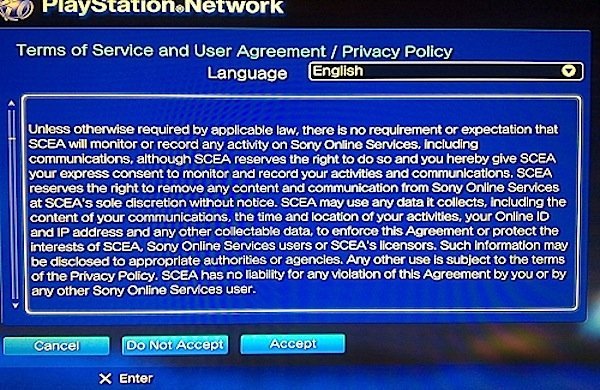 In addition to the ridiculous amounts of data taken by Sony in an attempt to prevent hacking, any peripherals(controllers, power supplies, software, etc.) that haven’t been approved by Sony will result in a ban of the user’s PSN account permanently.

You agree that you will not use any unauthorized hardware, including peripherals not sold or licensed by a Sony company such as, by way of example only, non-licensed game enhancement devices, controllers, adaptors and power supply devices (collectively, “Non-Licensed Peripherals”) or software to access or use Sony Online Services or any content or service provided on or through Sony Online Services.

Is Sony going too far? It would seem that their latest efforts to prevent hacking have been rather extreme and hastily thrown together. What do you think? Leave a comment below!