The updated Nike+ Fuel iPhone app now works without the need of a Fuelband and integrates with HealthKit to take data from Apple’s motion sensors. A new sport feed and partner apps are also included in this new update. 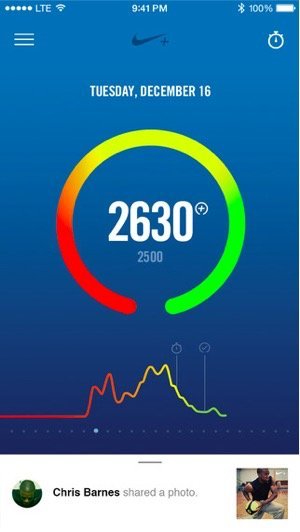 Fuelbands are almost dead as they have been replaced by better bands from competing companies but this has not stopped Nike from promoting Nike+ Fuel by itself, which works with their Running app too. The Fuel (fuelpoints) work as a measure of activity of a person, based on their movement through out the day, which can include something like walking, running and the likes.

Nike’s latest app update removes the dependency on a Fuelband (or Fuelband SE) and directly takes advantage of the motion coprocessor which ships in iPhone 5S and above.

The new addition of a sport feed makes the app even more social than before. New partner apps means that you can now share your Fuelband data with other apps as well.