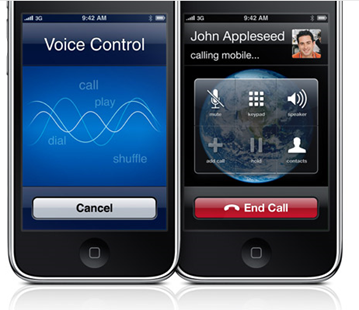 One of the main features of iPhone 3G S is called Voice Control, which allows you to place a call or play music just by using voice commands. It’s not part of the iPhone OS 3.0 as everyone presumed. The reason behind this can be attributed to the faster processor and larger amount of RAM in iPhone 3G S, which makes it more suitable for an intensive task such as Voice Control. Even the current generation iPod Touch, which has a support for a mic which you can Skype with, doesn’t support this feature. The iPod Touch is a bit faster in performance than the iPhone 3G, so Voice Command could be touted as a main selling point to give users a reason to upgrade to the iPhone 3G S.

So, if after upgrading your current iPhone to OS 3.0, you find this feature to be missing, now you know why it’s not there in the first place at all.