Even though a lot has been written on Steve Jobs and there are already some books on him but “iSteve: The Book of Jobs” will be the official Steve Jobs biography, according to ABC News. This Walter Isaacson Authorized Biography of Steve Jobs will be published by Simon and Shuster in early 2012. 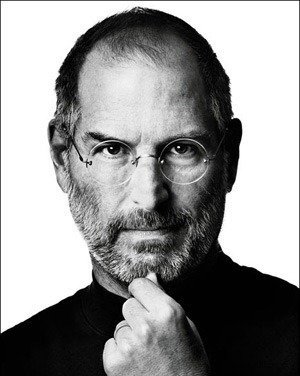 Walter Isaacson has already written popular biographies in the past. He is well known and respected for his work such as biographies on Einstein and Benjamin Franklin.

“This is the perfect match of subject and author, and it is certain to be a landmark book about one of the world’s greatest innovators,” Jonathan Karp, publisher of Simon & Schuster, said in a statement. “Just as he did with Einstein and Benjamin Franklin, Walter Isaacson is telling a unique story of revolutionary genius.”

Steve Jobs has given his blessings for the biography hence its official but as expected, he hasn’t commented on it yet. Expect it to be best seller early next year with people trying to find out his success formula through his official biography.

We know we’ll be getting a copy.