Pebble Time has received a major update for its iPhone app, along with a firmware update for the watches. The new app has a sleek new redesign, better discovery of content, improved notifications filtering, support for additional languages and much more. Pebble Time smartwatches also get new features, bug fixes and performance improvements. 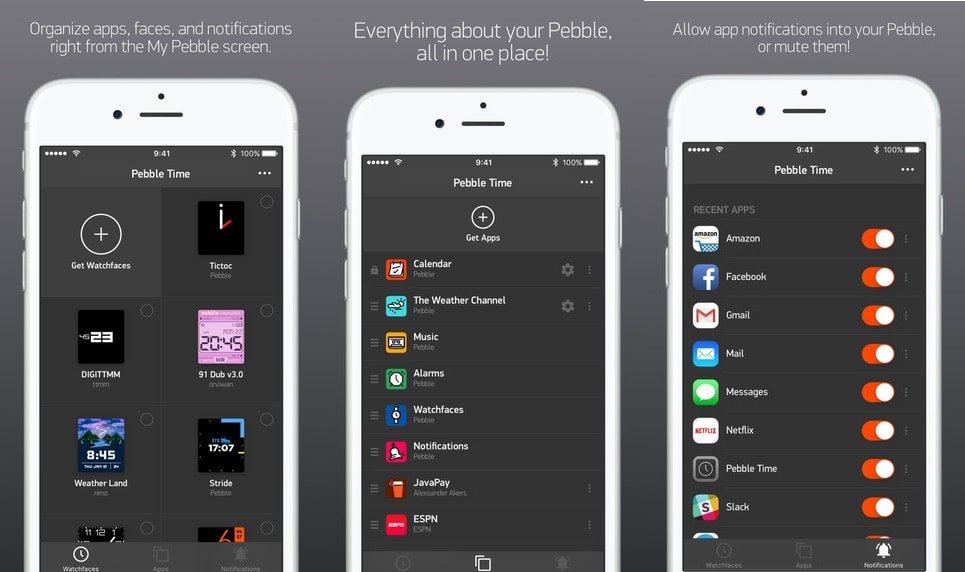 Pebble Time is probably the third most popular smartwatch after Apple Watch and Android Wear watches. It is good to see them as an alternative to the big giants as it keeps the competition healthy. It also works great with both iOS and Android which is a huge plus for people who regularly switch between the two platforms.

The new design looks really nice on iPhone. Almost everything, from managing watch faces and apps to settings have been retouched. The app is noticeably faster and makes it easy to find and install content from the store. The best new feature is definitely notifications control – you can filter which apps can send notifications to your Pebble Time.

Here is the complete changlog for Pebble Time 3.10:

The new firmware for Pebble Time has the following changes and updates:

Pebble Time for Android has also received some of the updates which include the additional languages and bug fixes.

If you own a Pebble Time, download the updated app from the link below.