Pixelmator Photo is now available on iPhone featuring 30+ desktop-class color adjustments, full support for over 600 RAW formats, tools powered by machine learning, and more. The app was previously limited to iPadOS but now you can take a picture with your iPhone and instantly edit it using Pixelmator Photo.

The color adjustments in the app were first developed for Pixelmator Pro, designed in a way to let users edit the color of images in any way they want to while preserving color quality and details. Over 30 desktop-class color adjustments are now available on iPhone. 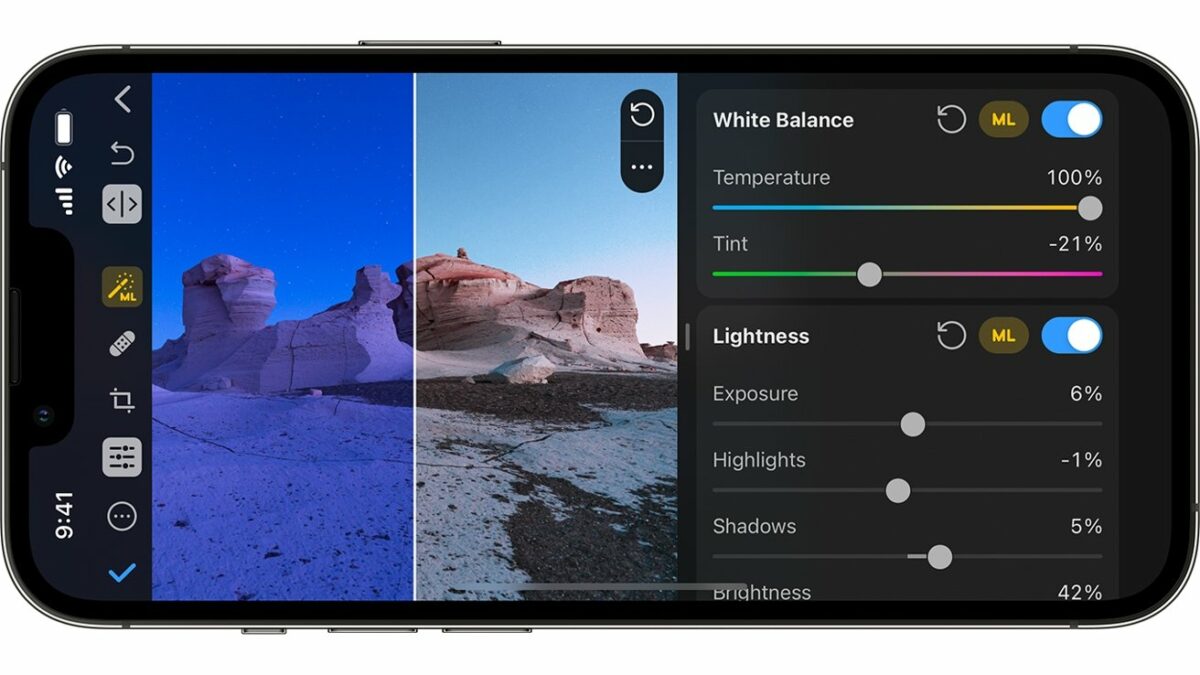 The app also includes full, native support for RAW photos from over 600 cameras as well as the Apple ProRAW format. Editing RAW images give you a ton of flexibility and make it possible to retrieve seemingly lost detail.

In Pixelmator Pro, the flexibility you have when editing images is unlimited because any adjustments applied to photos are non-destructive and can be undone at any time. This includes curve adjustments, color filters, and an automatic Repair tool that works non-destructively with RAW shots to remove objects.

Pixelmator Photo comes with a ton of super-intelligent tools powered by machine learning. From automatic photo enhancements, increasing the resolution of photos using AI, removing camera noise, and more, the app offers a ton of advanced tools which are beginner-friendly.

Pixelmator Photo is designed to build upon your iOS Photos library. For example, when you edit photos, changes sync with the Photos app automatically, your edits are nondestructively preserved by the app. In addition, the Pixelmator team has added a  new, filmstrip-style editor that makes opening images for editing simpler – especially for iPhone.

Pixelmator Photo is a universal app which means that if you already bought the iPad version, you can get it on the iPhone for no extra charge. For new customers, Pixelmator Photo is available as a one-time $7.99 purchase and requires an iPhone running iOS 14 or later.

For a limited time, the app is currently available on the App Store for $3.99 to celebrate its launch on iOS.