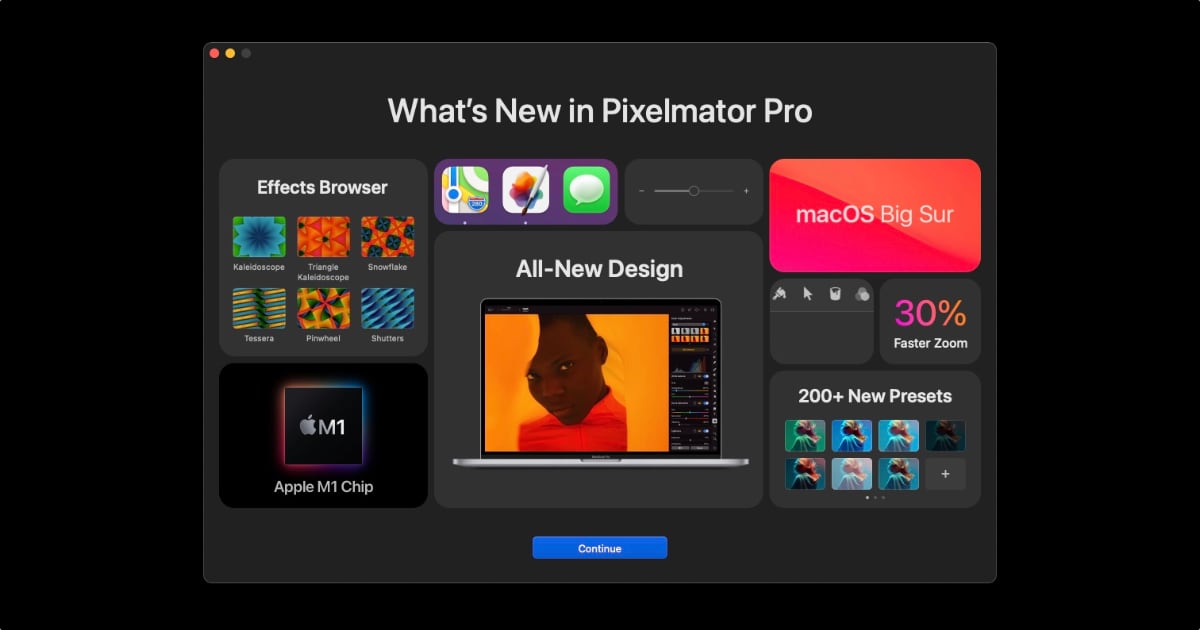 Pixelmator Pro 2.0 improves what is already one of the best photo editing apps available on any desktop operating system. The new update, codenamed Junipero, is now a universal app, and features native support for new Apple Silicon M1 Macs. Along with its Metal-powered editing engine, it takes full advantage of the new universal memory architecture in M1 chips for massive performance improvements. Its popular machine learning-based tool ML Super Resolution is now 15x faster on the new chips, thanks to the powerful new Neural Engine in M1, which is an astonishing improvement.

The app also features a new design, which not only looks nicer but also features user experience enhancements that speed up workflows. The interface is also customizable which allows each user to modify it to their needs. There is also a new effects browser, which puts all effects front and center, making them easier to preview and use, while 200 new presets make it easier to make quick photo edits.

Here is a summarized changelog for the new update.

The update is available for free for existing users. For new users, the app costs $39.99 in the Mac App Store.