Steam has officially released its Steam Link game-streaming app for macOS. The app lets users stream their purchased games via their local network, and has already been available on iPhone and iPad for some time. Available in the Mac App Store, the new game should allow macOS users to stream their favorite games from their Windows gaming PC in any room of their home. 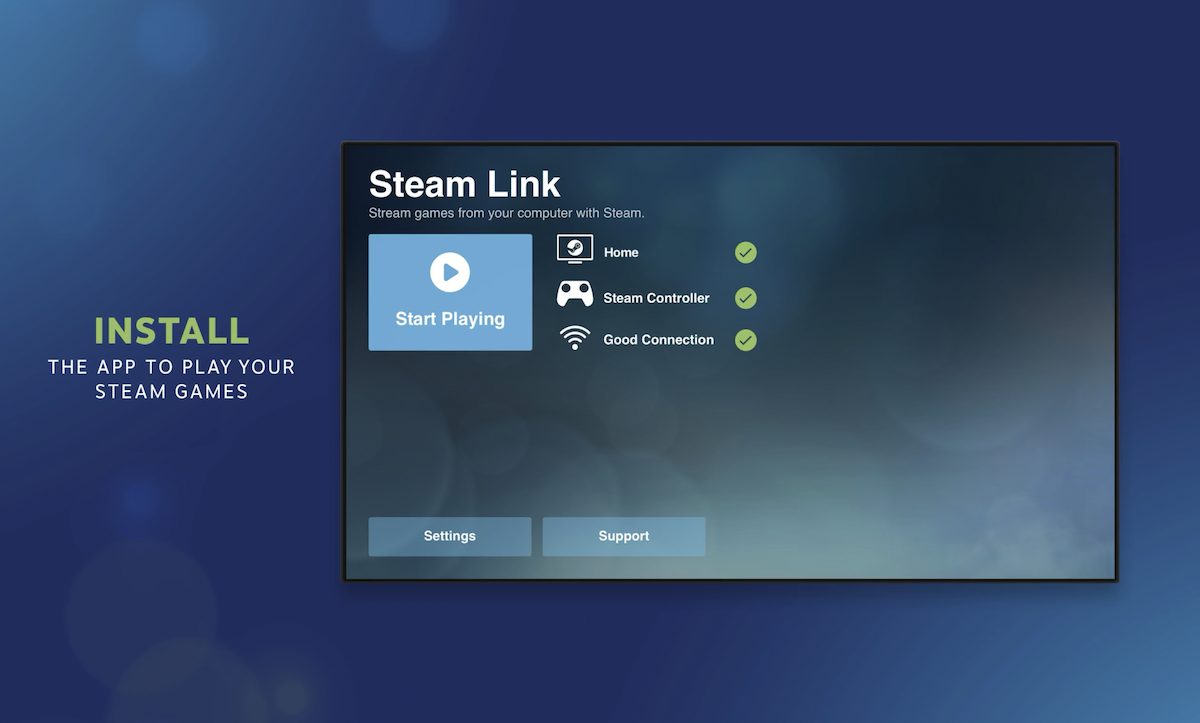 Steam Link for Mac is now available for download

If you have used the Steam Link app on your iPhone or iPad before, you will feel right at home. The app user interface and settings are exactly the same as its iOS counterpart, and it has the same features too. You can stream a game, connect a compatible controller, and start playing right away:

The Steam Link app allows you to play your Steam games across all your computers. Just pair an MFI or Steam controller to your Mac, connect to a computer running Steam on the same local network, and start playing your existing Steam games.

To use Steam Link app for Mac, you must be on macOS 10.13 or a later version. Your host PC can be either Windows, Mac, or Linux. You must also be on a local network to stream your games, the app does not support streaming over the Internet. Valve recommends that you must have an Ethernet connection or 5GHz WiFi connection on your host and guest computers for the best possible performance.

Supported controllers include MFi, Steam controller, Xbox One, and PlayStation 4. You can even use your keyboard and mouse to play your games.

In case you are wondering, the app is not a universal binary, which means that it is not natively compatible with Apple Silicon M1 Macs. Steam Link currently runs on M1 Macs using Rosetta 2, however, we did not see any issue with performance despite the required emulation.

Steam Link is available for free on the Mac App Store and can be downloaded from here.